Gals, on Tuesday, Daneen and I couldn’t stop PINCHING ourselves when we scored an interview with American fashion legend Tommy Hilfiger and model extraordinaire Tommy Dunn, the new face of Hilfiger (Tommy Hilfiger’s new men’s fragrance.) 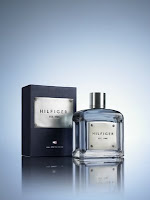 This fragrance is described as clean, distinctive and masculine featuring a blend of Bergamot, Rich Mahogany Wood, Tonka, Cashmere Wood. Beginning in September 2008, the Hilfiger collection will be available exclusively at Macy’s department stores nationwide and then roll out to other fine department stores in December 2008. The Eau de Toilette will be offered in 1.7oz/50ml ($47) and 3.4oz/100ml ($59) and the After Shave Balm in 3.4oz/100ml ($47).

What were our burning questions for THE Tommy H (pictured with yours truly, left)?

Beauty Blogging Junkie: What is the first garment you ever created?
Tommy Hilfiger: Jeans. In the 70s. They were bellbottoms I created, which started out dark, but I made them light. They were hippie/rockstar jeans. I wish I still had them!

BBJ: When did your fascination with fashion begin?
TH: I always liked fashion, but wasn’t obsessed until I was already in the business. I simply wanted to open a cool store with cool gear – incense, sandals, etc.

BBJ: What does your grooming routine entail?
TH: I do yoga in the morning, and the rest is pretty simple. I don’t like a lot of stuff [editor’s note: Tommy and I obv, do not have this in common]. I use a lot of Kiehl’s products in addition to organic ones.

BBJ: How do you get into “the zone” creatively?
TH: I’m in the zone as I’m moving. I get hit with something depending on where I am geographically. I was in St. Tropez over the summer, so a lot of that culture influenced me. I have a photographic memory, which saves me from having to write things down constantly.

BBJ: Who are your muses?
TH: It changes periodically. I draw inspiration from American icons such as Audrey Hepburn, Grace Kelly, Jackie Kennedy, James Dean… English rockstars like David Bowie and Mick Jagger. My contemporary muses include Jay Z and Ashton Kutcher.

Before meeting with Tommy H, Daneen and I met with New York native Tommy Dunn, the face of Hilfiger. Let me tell you: after an estrogen-soaked week with precious little male interaction (it was, after all, Fashion Week), it was kind of cra that my first convo with a dude in days was with a male model. One who looks like that, no less. He touched my arm before the interview and I thought I might really not be able to compose myself. Even better? This guy’s not just a pretty face. I was expecting a Zoolander type (whatev, that’s my male model barometer), but Tommy was refreshingly quick with the wit. And easy on the eyes. Did I mention that? Some Q&A with Tommy D:

Beauty Blogging Junkie: Is this the kind of scent a man buys for himself? Or is it a scent that a woman buys for a man?
Tommy Dunn: I think the advertising might encourage more women to buy the fragrance [laughs]. It’s great because the scent changes throughout the day. It’s clean, spicy, and woodsy – definitely a warm scent. Women will be attracted to it as it’s designed for a simple, rugged yet elegant man.

BBJ: How did you get into modeling?
TD: I was 17 years old and was walking through the South Street Seaport in New York, where a photo shoot was happening. A woman working on the shoot stopped me and asked who my agent is, and I told her I didn’t have one. Within a couple of weeks I was doing shoots for Abercrombie and Fitch ads.

BTW, dolls, my dress is phenom, is it not (pictured above)? It’s from Ali Ro’s Fall/Winter 2008 collection. It’s a high-waisted Ponte knit and taffeta party dress in navy and black ($275).