Maybelline New York spokesmodel Gigi Hadid looked stunning on the 2016 Much Music red carpet with makeup by Patrick Ta in one of my favorite cosmetics combos—the bronzed-out lid and the popsicle lip.  Says Patrick, “The inspiration for her look this year came from Gigi herself, which I was able to execute and make it my own. She wanted a bronze and beautiful eye with a bold aspect to it which was the red lip.” 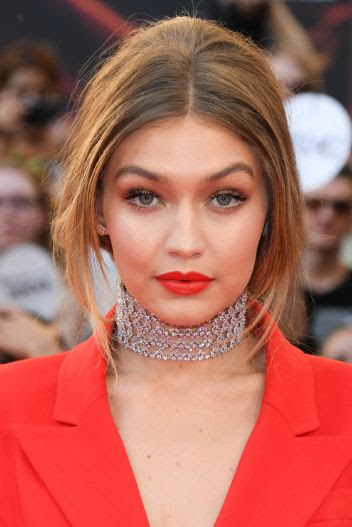 What do you think of this look on Gigi?