Patrick Ta for Maybelline New York created Gigi Hadid’s gorgeous, glowy look for last night’s The Daily Front Row’s Fashion Los Angeles Awards.  Ta created a beauty look that perfectly complimented the bohemian vibe of Gigi’s dress, which featured a cream corset with sheer overlay. “I wanted to keep her looking borderline hippie but still sexy,” he explains. He created a look with uminous skin, a matte mocha lip and a wash of champagne on her eyes—all applied with a light touch. He explains, “Gigi loves a fresh, natural look that’s still glam at the same time. Applying too much makeup on her face is a crime!” Here, the beauty breakdown. 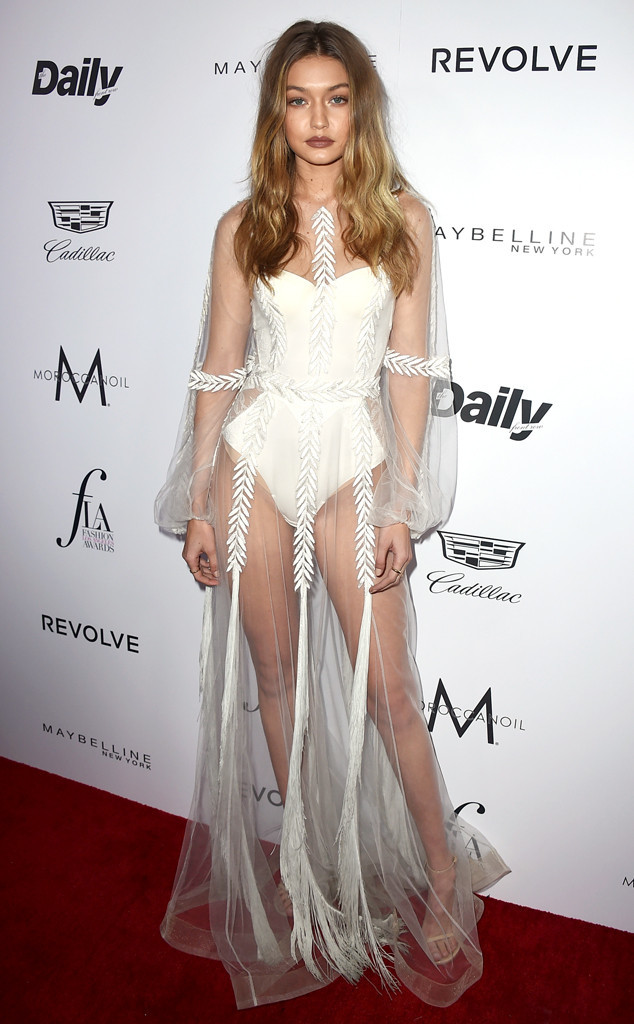 Skin: He began by prepping her face with a layer of thick moisturizer to provide a hit of

hydration that would help the makeup lay beautifully on the skin. Then for an extra-flawless

effect, he smoothed on Facestudio Master Prime in Blur + Illuminate.

Face: He lightly applied Dream Velvet Foundation before brushing the bronzer shade in the

picture-perfect, sculpted look. To brighten under the eyes, he used Superstay 24 Hr Concealer in

a shade two steps lighter than the foundation. Then to ensure long wear, he finished with a

Blush: Ta brushed Fit Me! Blush in Medium Nude on the apples of Gigi’s cheeks, blending it into

the contour tones both above and below it for a healthy, natural looking flush.

Eyes: “Gigi wanted her eyes to look bright and open,” says Ta. To get the effect, he applied

champagne shade in the creases for shading. Finally, her lashes were curled and coated twice

with Volum’ Express The Colossal Washable Mascara in Glam Brown for soft definition.

Brows: To make the most of her naturally full brows, he gently traced over them with Eyestudio

Lips: The finishing touch: He lined and filled in her lips with Color Sensational Lip Liner in Toast

before slicking on Color Sensational Vivid Matte Liquid in Nude Thrill to create a sophisticated,