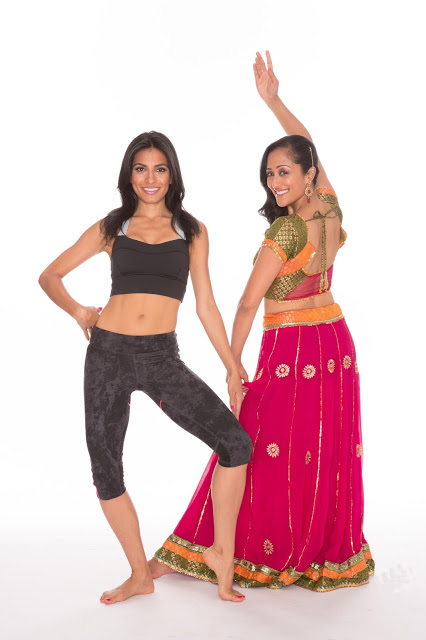 Occasionally, I’ll have a few cocktails and fancy myself something of a Baby Houseman for five minutes and there was one night at a night club in Tel Aviv when I swear I was capable of creating sick dance moves out of thin air that my entire Birthright Israel group of 40 were feeling–because they were doing them with me. But other than that, my dancing is just limited. I even shy away from SoulCycle classes as they seem to think over there that we as a people are capable of choreographing a Janet Jackson video WHILST being on a bike. (#TeamFlyWheel.) So suffice it to say, I was hesitant to try Bollywood dancing fitness craze, Doonya, which means “world” in Hindi. I was even more hesitant when Aly Walanksy backed out at the last minute to try it with me.  (I forgive you, Aly!)

Founders Priya Pandya and Kajal Desai created the Bollywood dance inspired fitness and media company and while my dancing skills are seriously scant (as noted), I found the class to be fun and a phenomenal workout. I went into the class with a blowout and totally ruined it by the end. This is a massively sweaty, great workout. If you’re not the most coordinated (as I am not), simply focus on getting the arm movements right and then the legs. You do each movement several times throughout each song, so even if you’re awful in the beginning, you can’t help but improve by the end. The music is fun and you’ll strengthen your arms and legs while toning and sculpting abs and glutes.

Check out this at-home Doonya abs workout for an idea of the pace and music of Doonya.


Buy the DVDs at doonya.com or attend one their classes at their Chelsea and Midtown West locations. Have you done Doonya? What’s your current workout of choice?