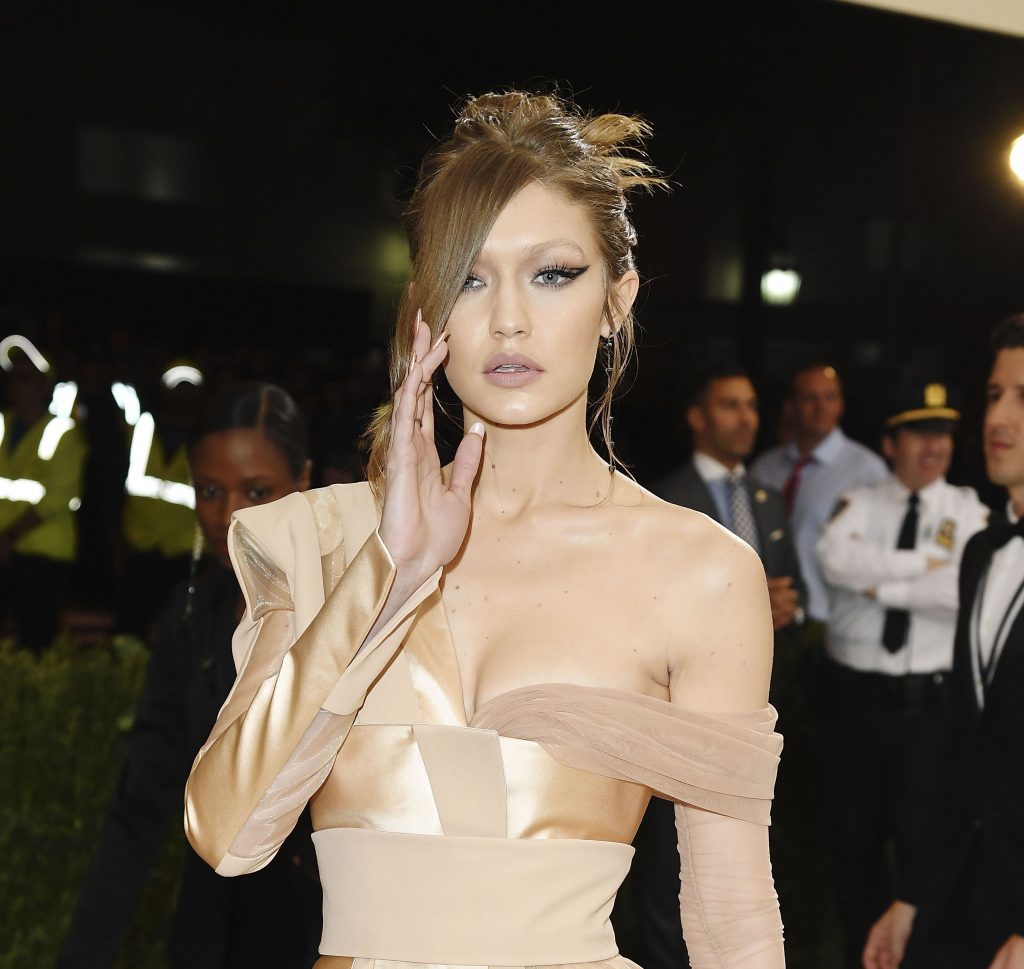 Gigi Hadid KILLED it with this eye, no? Inspired by the Comme Des Garçons theme, makeup artist Erin Parsons chose a look to complement the deconstructed nude dress with black fishnet stocking, and a look they dubbed the “whisper wing and whisper brows.” The wing is avante garde, deconstructed, and created with an open and outward motion that is bold and fierce to match the volume of the gown. Here, the beauty breakdown.

Lips: Erin completed the look with the new Maybelline New York Superstay Matte Ink (available in June) in Loyalist  – creating a flesh tone shade – to complement Hadid’s bold eye look and the hue of her gown.