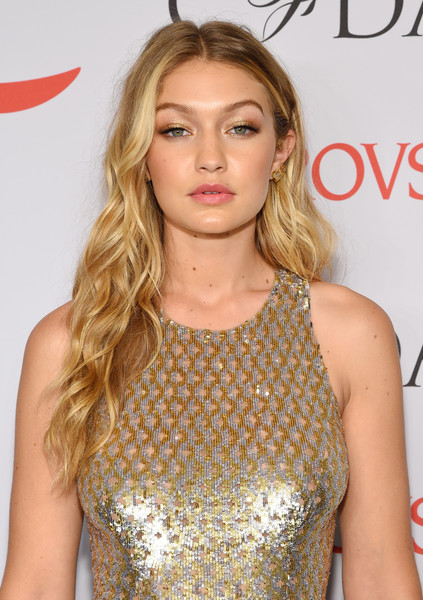 For a modern take on the nude lip, Nelson mixed Maybelline New York Color Sensational Rebel Bloom in Peach Poppy and Coral Burst and Maybelline New York Color Sensational Lip Liner in Nude on the hand and tapped the color on  Hadid’s lips with his fingers to create a diffused finished. A peachy nude lip is easy to wear and brings life to the face.

Yay or nay on Gigi Hadid’s look? I want to hear your thoughts in the comments.