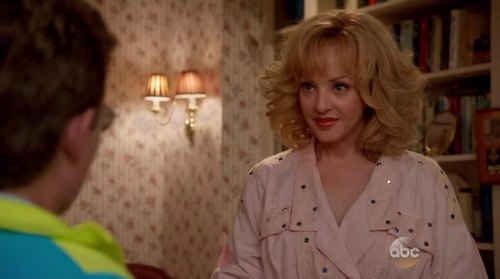 Beverly Goldberg looks stunningly similar to my aunt Abby, also a Philadelphia native. She also shares a name (first and last) with a long-time family friend, my fam’s dentist’s wife. So I feel as if I KNOW Bev, and that’s not just because she’s experiencing life in the mid-’80s almost exactly as I was, in the Philly ‘burbs.

Here’s what I love about “The Goldbergs”: The Jenkintown locations are all ones with which I’m readily famil, from the Willow Grove Mall to Gimbels. I’m just waiting for a Martin’s Aquarium cameo. The décor and technology are SPOT-on. What’s not spot-on? A few of the locutions, the sister’s heat-tool smoothed hair and Adam’s misplaced Midwestern accent. And NO ONE has a Philadelphia accent, which is NOT the jawn, in the parlance of the place. 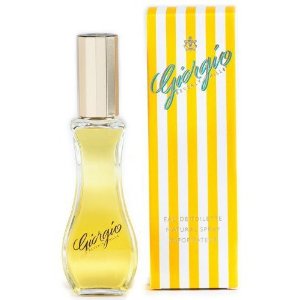 It’s the ‘80s. I’d posit that her scent is Giorgio Beverly Hills, coincidently also the scent of Helen Conti, my dear friend Angela’s mother. (P.S. She still wears it – and she’s from Glenside, just a hop and a skip from Jenkintown.) I imagine Bev got spritzed with the magical eau while she was visiting her daughter Erica at her Gimbels gig. (Fun fact: Carol once had a job working at that Gimbels.) It was instant amour and Beverly decided to make it her signature scent. She was enchanted by its packaging, yellow vertical stripes which seemed to indicate an exclusive perfume club.

What do you think? Is this a scent Bev would rock? Do you watch “The Goldbergs” religiously? SHARE!

@Glambr Hahaha amazing post! Actually… I dropped the ball on this one. My mom wore white diamonds and I said this on the show…

So we don’t know what she wore in the late ’80s, but we DO know she rocked what always brought Liz Taylor luck in the ’90s. Nothing like a FFF confirmation (only possible when the character is based on a real person, obv).