Yes, we now have self-twirling curling irons (thanks, Sarah Potempa, for the advent of the Beachwaver). We enjoy the long-lasting benefits of gel manicures, laser hair removal, lash extensions and keratin treatments. But this sci-fi nerd still awaits the epic (albeit fictional) cosmetic technology I’ve seen on my favorite futuristic television shows and movies. Here, some of favorites I’m anxiously anticipating. 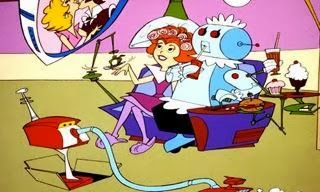 In “The Jetsons,” Jane Jetson cannot even conceive of talking to her friend Gloria without putting on her “morning mask,” a thorough replication of Jane’s “done” look she puts on and immediately is polished and ready to video-chat. “Hi, Glor!”

2. Manicure Machine
Jane Jetson’s also got a manicure machine that takes her talons up a notch while she takes in a good soap. With “All My Children” and “Guiding Light” culminating in the past three years, one can only hope Jane’s keeping up with the Quartermaines on “General Hospital” in 2062, when the show takes place.

3. A Different Kind Of Cat-Eye
The cartoon “Batman Beyond” takes place a generation into the future. Instead of piercings and tattoos, the teen rage of the future is “splicing” animal DNA into your own. The teens of Gotham aren’t wearing zebra stripes and leopard spots–they’re rocking them via their own skin, along with fangs and blazing cat-eyes. Check it out, right after the show’s intro. 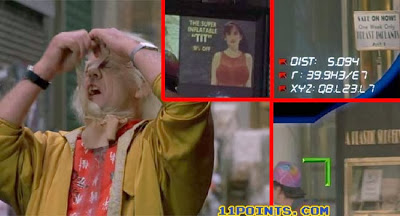 4. Rejuvenation Clinics
Along with many other predictions (like a baseball team in Miami), 1989’s “Back to the Future II” anticipated the plastic surgery explosion. When Doc Brown and Marty McFly land in 2015, Doc removed his aging mask (so Marty would recognize him) and announced, “I went to a rejuvenation clinic and got an all-natural overhaul. They took out some wrinkles, did a hair repair, a change of blood.” There are three other plastic surgery references in BTTFII’s universe of the future: A TV commercial Marty Jr. watches, a sign for a breast implant sale and a clinic itself.

6. Sci-fi Smoky Eye
In “Blade Runner,” Daryl Hannah’s character Pris Stratton is a male manipulation maven who used an airbrush applicator to create a Zorro-like black eye makeup effect. Keep in mind that “Blade Runner” is sci-fi flick that graced screens in 1982. A precursor to the Temptu?

7. Weapon Of Mass Seduction Similarly, on “The Simpsons,” Homer invented a gun to apply makeup in 4/5s of a second, to alleviate every woman’s fear of showing up to that important business meeting without wearing a single cosmetic. He demonstrates on Marge, but to her dismay, he accidentally has it set on “whore.” 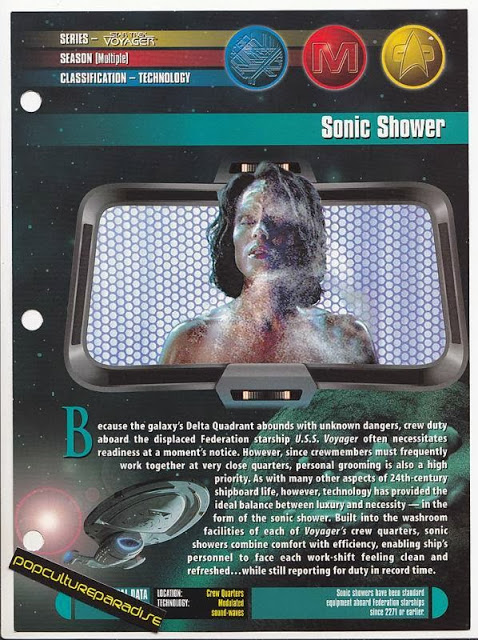 On “Star Trek: Voyager,” the starship’s inhabitants do not take regular showers but rather sonic iterations. They use sound waves to vibrate dirt and grime off of your person instead of the water we laypeople use in 2012.

Which on-screen beauty services and products are you anxiously awaiting?