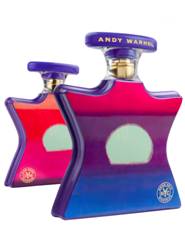 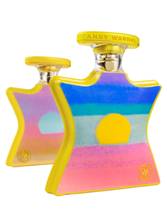 Montauk is officially so hot right now–much to my friend Andy‘s chagrin. He’s been “weekending” there for more than a decade and tries not to barf when my friend Amber (his wife) and I fully get into the sceniness of the joint by spending Saturday nights at Surf Lodge and celeb watching. He’ll love to know that Montauk is now on Bond No.9‘s radar.

Montauk is the 5th in the Bond No.9 series of Warhol collectible fragrances and the bottle design displays Andy Warhol’s iconic Sunsets, dating back from 1972 (one year after he discovered Montauk). His Sunsets series consisted of 632 unique screen prints but for this project, they chose four designs (see images above) from his collection to feature.

The Bond No.9 Montauk fragrance is launching on Memorial Day, 2010. I may have to bring this one as a gift for my pal Andy next time I am jonesing for a weekend at the beach to sweeten the deal. The packaging would look gorge in the guestroom.

Disclaimer: I don’t own this