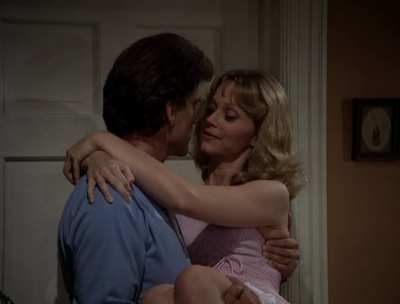 I swear the older I get, the more I BECOME Cheers‘ Diane Chambers.
In fact, I can’t believe I failed to include her in my #describeyourselfin4fictionalcharacters. How me is she? She collects useless degrees, makes pretentious references to Renaissance literature and often falls prey to Kryptonheight, particularly that of one Mr. Sam “Mayday” Malone. We both have patently unrealistic expectations for romance thanks to an affinity for the works of Baudelaire, Flaubert and Rimbaud. Diane has a tendency to go into Dickens detail about obscure Dante references, opera pieces and other minutiae of her pursuit of academia, but what’s genius (and you have to be quite a feinschmecker yourself to notice) is that she’s always a little bit wrong. Her Latin pronunciation is flawed (she says tempus fugit with a soft “G,” for example). And she’d surely pronounce iconic Robert Piguet’s Fracas with the final “S.” It would be her fictional fragrance choice, of course. 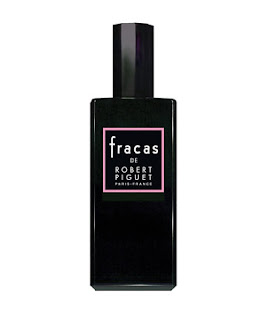 Why? It means, literally, a “noisy quarrel,” a passionate chaos that Diane secretly adores. The splendid tuberose classic is a little scent confection I can imagine her picking up during a summer semester at the Sorbonne she will bring up to no end for the rest of her life. (She and I may or may not have that in common.) The juice was blended in 1948 by Germaine Cellier and remains one of the most famous scents among fragonerds. In 1996, it was reformulated and relaunched. There are legions who maintain that its original sparkle was lost. On a trip to London, I tested out the perfume (a favorite of Marilyn Monroe—she didn’t remain faithful entirely to Chanel No. 5) in Liberty and promptly fell in love as deep as Norm’s feelings for beer. I thought about Fracas hours later and wound up purchasing it in Fortnum and Mason, despite the fact that I could certainly obtain it at my local Sephora. VAT be damned. It’s buttery, carnal, feminine. Typically, a floral created so long ago would register a bit octogenarian to me (No. 5 does, alas), but Fracas’ effect is more Lorraine Baines 1955 than Lorraine Baines McFly 2015. It’s a very heavy scent, delivered with Cliff Claven efficiency, so no more than two sprays. Its powerful punch would suit Diane well. It’s a noted man magnet despite its ultra-feminine appeal, a balance so difficult to achieve that is much like Diane’s old world romantic allure in and of itself.


Fracas is not for the faint of heart: Its sex appeal is immeasurable. It’s the type of scent that makes other women teem with envy.

But you’re used to that, aren’t you?

Buy Fracas by Robert Piguet here. And tell me: Are you a Fracas fan?

Welcome to R18 series feature, Fictitious Fragrance Fans. Fragrance is one of the most difficult areas of beauty to discuss and I find myself trying to convey a scent to you, more often than not, by the pop culture character it embodies to me. So why not make it a thing?