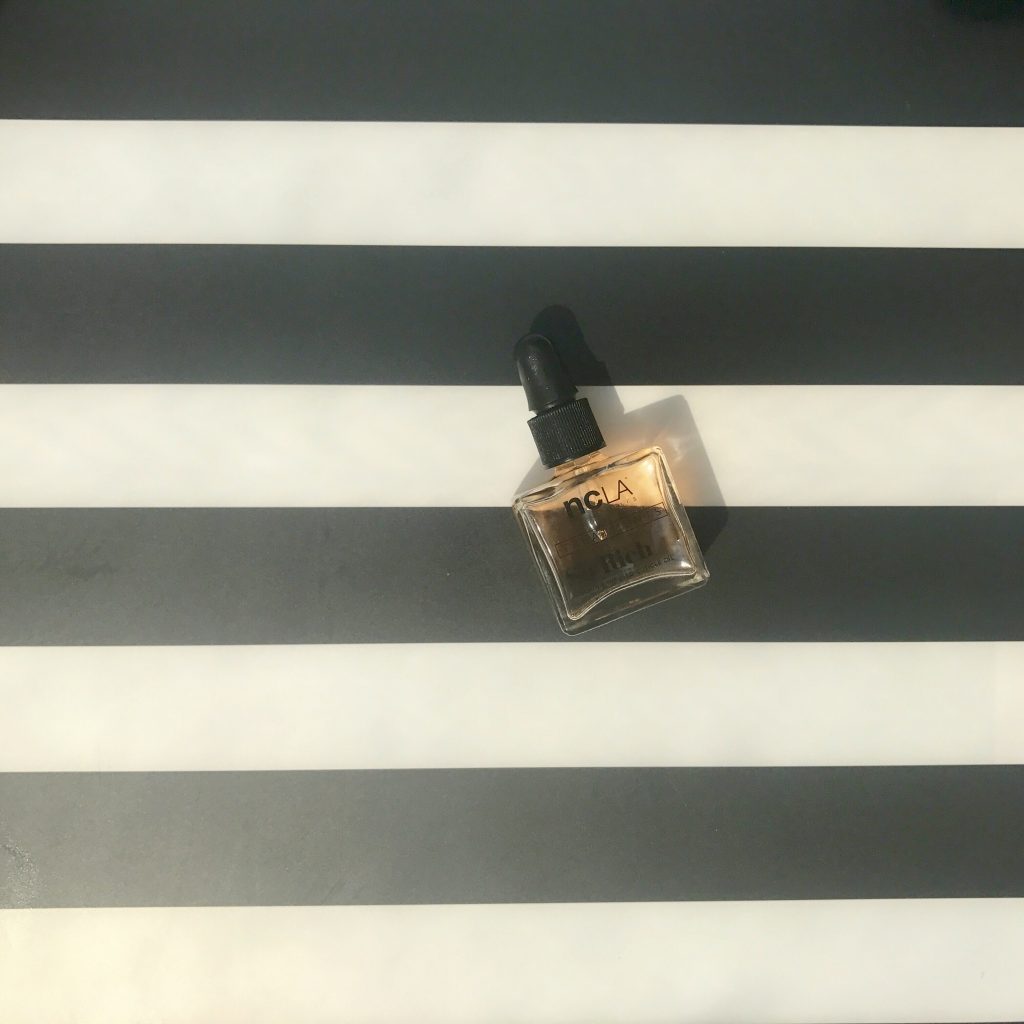 My nails were a WRECK this week, friends. To the point where I painted my nails twice at my parents’ house over the weekend and had to just remove it all immediately, twice. When I returned chez moi on Sunday night, I took a little spin with my Amope, painted on some JinSoon polish in Dew, my favorite sheer neutral. Things were better, but I still needed to make an appointment for a real, live manicure performed by Someone Else.

And then? I decided to try a little of NCLA’s So Rich oil, which smells like a pastry thanks to its peach vanilla scent. Every time I read the name, I think of Biff’s saying in Back To The Future 2 (my favorite flick, lest you forget), “You’re gonna make me rich? That’s rich.” But GUYS. My scandalous, ravaged cuticles were instantly hydrated and smooth. I went from savage and feral fingers to ladylike mitts in seconds, flat.

Get into it here.