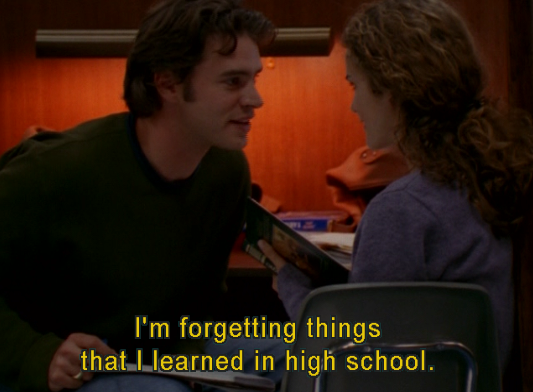 GOD, I loved Felicity.
I was a lot younger than the 90210 crowd, a year behind Angela Chase in My So-Called Life. But Felicity? We went to college at the same time in big bad cities (she to New York and I to Boston). We had curly hair. We entangled ourselves in a love triangle of epic proportions (mine was with a pair of rower roommates in my dorm; one of whom is a Boston native who bears a striking resemblance to Noel – but that’s a story for another time). I remain on Team Noel, even though Felicity didn’t in the end (the very end). I mean, he says things like “mustn’t,” was an early Mac guy even during the non-Steve Jobs era and straight-up EMBODIED the nerdy-cute vibe I stumble upon preciously seldom, but which slays me instantly when I DO find it.  I STAN for Noel. Noel was MAGIC. Even aside from Noel, on whom I still have a massive crush (thankfully, Scott Foley and I catch up on Scandal), the show was EVERYTHING. J.J. Abrams has said that he’s most proud of Felicity, despite a C.V. which includes LOST, Alias and two amazing Star Trek movies. Get involved if you haven’t already, ‘k? 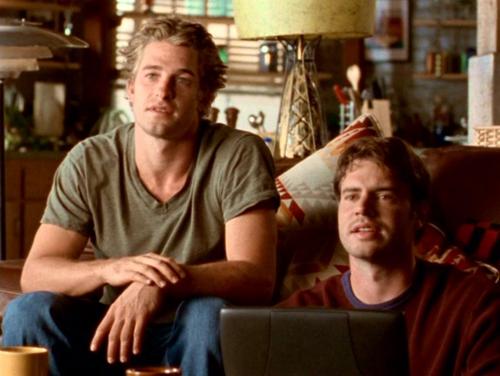 Let’s discuss the titular character. Felicity wears sweaters, tanks and listens to Sarah McLaughlin. Her scent? Well, it has to be sniper-levels of subtly sexy while also managing to be the fragrance equivalent of a cozy sweater. That, my friends, is no other than Dior Hypnotic Poison. 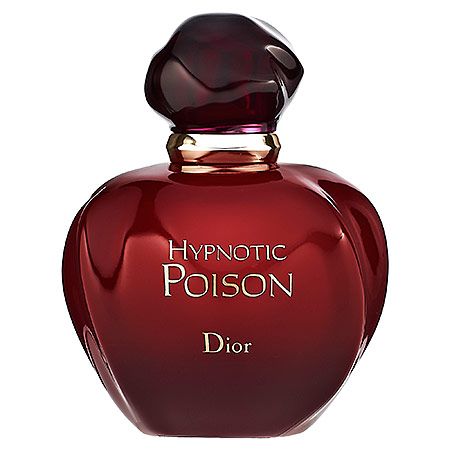 Its ethereally warm, sultry vanilla essences unleashes a sexiness that explains how both Noel and Ben fell prey to her beguiling charm time and time again – EVEN AFTER THE HAIRCUT THAT SHOOK THE WORLD. Because this is New York City. How else do you explain THAT? One thing to note about this fragrance, which is my longest scent relationship I’ve ever had: It mustn’t (to quote Noel) be worn in weather warmer than 40 degrees, otherwise it’s positively nauseating. But for winter? It’s liquified hotness in every sense of the word.
What fragrance do you think Felicity would rock?
Dior Hypnotic Poison retails for $75 at sephora.com.