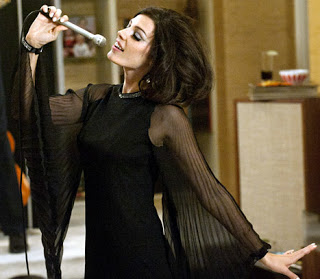 Lana Horochowski, Department Head of Makeup for Mad Men, used NARS to help bring the 1960s to the small screen for Sunday’s season premiere. “We looked at a lot of ‘60s magazines, and photos from my mother when she was young,” Horochowski said. “Overall, there are definitely a lot of makeup looks this season. It’s a new color palette entirely!” Here’s how to get the look, straight from Lana.

Megan Draper (Jessica Paré)
“The inspiration for Megan Draper drew from a combination of Twiggy and Sophia Loren,” explains Horochowski. “We thought of French and Italian actresses who had iconic looks. Megan is a little more high fashion in her approach to makeup compared to the other girls because she’s a lot younger – their makeup stays pretty consistent.”

Party look: “It was so mod – we used Heart of Glass Eyeshadow, a pale blue shade, not too shimmery, with Thunderball Eyeshadow in the crease, which was drawn in a thick line, smudged slightly, but left heavy enough to be very mod. Like Twiggy. I lined her eyes with the Nuits Blanches Eyeliner Stylo. I used Desire Blush on her cheeks, and Belle de Jour Velvet Matte Lip Pencil on her lips.” 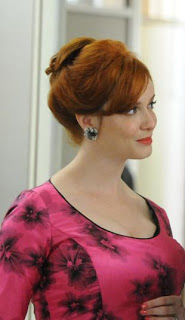 All products available at narscosmetics.com.