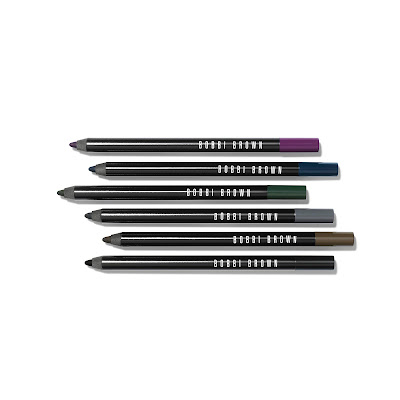 On Tuesday, I had the opportunity to test-drive Bobbi Brown‘s new long-wearing makeup collection over the course of coffee, yoga, a presentation, then lunch and cocktails. I was, of course, dubious initially. Most long-wearing makeup claims are a veritable grammar exercise in comparative adjectives. LongER wear. When it comes to shadows and liners especially, it’s difficult. Even the best that were on the market didn’t look as perfect as they did at 8am come 8pm.

Let’s be real with each other: Most of the time your morning makeup look is an interpretive dance to Billy Joel‘s “This Is The Time.”

In the paraphrased parlance of Billy:

This is the eyeshadow to remember
Cause it will not last forever.
This is the cat-eye to hold onto
Cause we won’t although we’ll want to.
This is the LINE, but the line is going to change.

But Bobbi was all long-wear eye makeup: You’ve given me the best of you. But now I need the REST of you. And she went on to create the most phenomenal shadow, liner and mascara formulas. These days, EVERYONE wants to know how to do her makeup quickly and how to get it to stay on. The Bobbi Brown long-wear collection is perfect for the busy woman who has just a few minutes to do her makeup in the morning— and needs it to look good all day long.
“Our long-wear makeup takes you from morning to night without touch-ups.” –Bobbi Brown

Long-Wear Eye Pencil ($24)
You know that incredibly unsexy liner on your lid thing that always happens when a creamy formula transfers up there? It’s reminiscent of when Bob Ross would take a clean brush and “pull down” a shadow of his woodsy scene into the lake to create a reflection. Except, you know, not as deliberate (or deliberate at all, as it’s the opposite of what you want.) That upper lid liner is OVER, thanks to Bobbi’s new Long-Wear Eye Pencil, formulated with special poly-mers that melt at skin temperature, breaking it into a fluid line upon application for precise and transfer-resistant wear. It’s densely pigmented, water-proof and best of all, will stay put for 12 hours. It’s the portable version of Bobbi’s iconic long-wear gel liners. I like to apply them straight from the pencil, then blend with a liner brush. Says Kimberly Soane, Director of Global Artistry for Bobbi Brown, “make sure your liner is darker than your iris for the best definition and keep the line rich near the lashes, pulling it up slightly to smudge it.” Also, she says to smudge it by applying the liner to a brush then putting it on the bottom as well so it’s not too much of a set line. 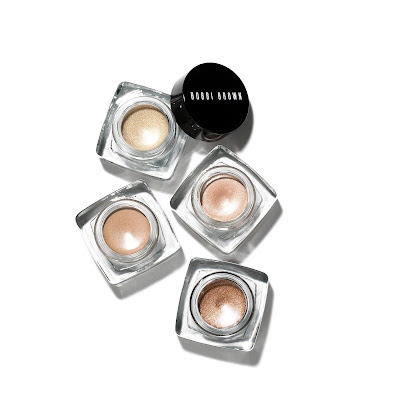 Long-Wear Cream Shadow ($24)
I was blown AWAY when the Bobbi product development team told us that the technology is based on the same stuff that adheres the birth control patch to women. How cool is that? Though don’t count on this fly formula to stop you from getting PREG. Despite its creamy texture, this formula resists creasing and smearing and looks just as phenomenal as it did at 7am at 11pm. 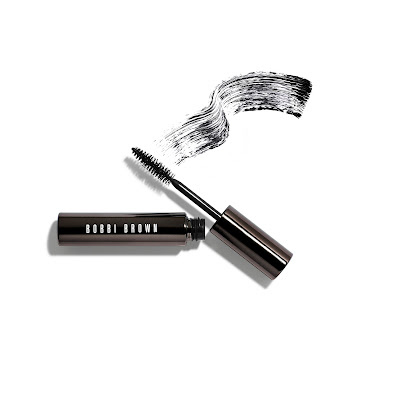 Intensifying Long-Wear Mascara ($24)
Though I’ve been eschewing most mascaras and sending them to my Official Mascara Correspondent, I do keep a select few for myself–specifically those with slim wands for bottom lash application. Bobbi’s is one of the few that made the cut. This mascara is life-changing. It gives you the ultimate lash definition (seriously, you’ll get up close and personal with each individual lash) without smudging or clumping. A specially designed brush applicator fully coats each lash for maximum lengthening, curling and volume for up to 16 hours. Best of all? It removes easily with warm water. 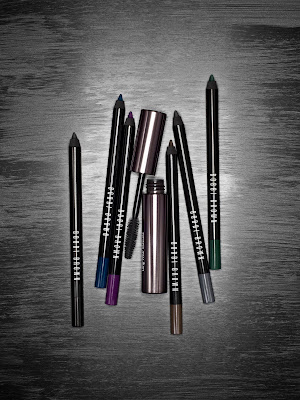 My makeover from 9:30am on Tuesday withstood a full day all over Manhattan, a yoga session, a date, even a brief emotional meltdown including TEARS and still looked perfectly intact at 11:30pm, when I was hesitant to even take the stuff off. Okay? Holding one of those eyeliners close is like holding the summer SUN.

The Bobbi Brown Long-Wear Collection is available April 2012 from Bobbi Brown counters and retailers nationwide. Will you be checking out this collection?