posted in Morocco, Random Product From Another Country I'm Irrationally Obsessed With, Skin Care on November 9, 2011 by amberkatz
SHARE
Tweet 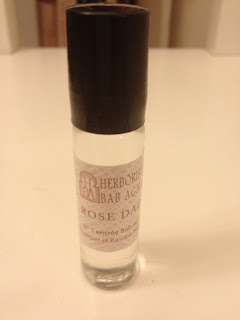 The Beauty Product from Another Country I’m Irrationally Obsessed With column features international beauty gems that cross my path about which I feel you, the reader, are on a need-to-know.


Morocco was epic, friends. In the coming week, I’ll fill you in on all its wonders and delights, but naturally, I’m going to start with one of my favorite parts of the trip: the Berber PHARMACY/spice store/natural health food store. Once we got to Marrakech, one of the first stops on the list was the epic Herboristerie Bab Agnaou Quartier El Kassba, just on the outskirts of the souk.  Read on for the dark circle eradicator you NEED in your lifestyle.

Our little tour group generously invited by the Moroccan Tourism Board—Yuli, Dina, Fiona, Jordan, Heather, Ashley and I–were rapt as the scientist/medicine man/pureveyor of natural beauty products talked to us about seemingly mythical items. Teas that suppress the appetite sans diuretics (used during the month of Ramadan, when Muslims fast from dawn until dusk). The original Smashbox O Glow/Gloss, which boasts a pink to red hue that manifests on your lips in varying shades, depending on how “dynamique” you are. It’s actually a GREEN lipstick (in tube) the Berber women use (I’d been advised to get some from the lovely Helene, co-owner with her husband of the Atlas Kasbah Eco-lodge, which I’ll review later to buy some) which adjusts to a medium blush pink on the pout as well. We learned that “dynamique” was a euphemism for “horny,” BT dubs. Related: A much-used “Moroccan Viagra” tea intended for both genders to take, which I also had to pick up. A cumin mixture that you huff like high school kids do glue, which clears up everything from congestion to a hangover. Many other various and sundry things I also bought like a woman who’d never seen a product before–but the one that stopped me dead in my tracks? The Rose Oil (called Rose Dades) which stops dark circles.

“Sir?” I asked, tentatively. “I’m pitched about 13 creams a day that are supposed to do that. I’ve tried about 673. Nothing has yet to live up to the claim.” And then in the same breath–“I’ll take two.” Let it never be said that my psychic abilities don’t extend to the realm of products because this little cylinder of marvelousness made my undereye area fuller (yes), smoother, brighter and yes, a little lighter. I made a real lab experiment of the whole ordeal last night, complete with a hypothesis and control (the left eye was left bare). Last night was a particularly fortuitous time to test something that would hopefully make me look less fatigued as I’d endured about 14 hours of travel, all told and was exhausted. When I awoke this morning at the ripe hour of 5:20am, my right eye looked rested–my left, not so much. Okay? It does smell quite strongly of Moroccan rose, a rose scent I find more tolerable than other iterations of the flower, but if you feel it’s too octogenarian a scent, you may need to pass because it lingers. But does it ever do the job.

Spoiler: The answer is yes.