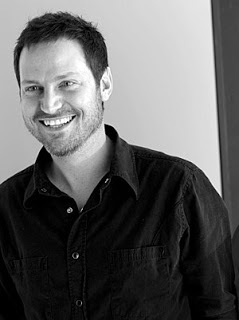 
Nothing inspires a cult following or triple digits on eBay like Chanel :Le Vernis. It’s EVERYTHING. Everyone wants to be involved and now, the person you’d least expect to be the spokesperson for the IT accessory of 2011 is. Tom Bachik is MARRIED. He’s straight. He has children. And he paints nails, professionally. He’s tended to the talons of Scarlett Johannssen and Victoria Beckham.

Now, the former surfer/skater is the first official nail artist for the famed brand. He boasts a background in graphic design and has officially changed up the professional beauty game. You’ll meet a few straight male makeup artist (though they’re few and far between–Bruce Grayson is the only one that comes to mind). There are quite a few straight hairstylists–in fact, my stylist Matt Fugate is one such example. But men doing nails in general? Totally rare. TJ Kelly is the only one I’ve met–and he cries tears of sequins. Tom Bachik is a trailblazer indeed, and we love it. Congrats, Tom, on your new role! You’re one talon-ted MANicurist (his word, BTW).