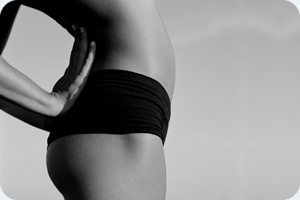 
Esprit de corps is defined as an intangible term used to describe the capacity of people to maintain belief in an institution or a goal, or even in oneself and others.


This week’s Fictionary word, Esprit de CORE, happens when you, as I have, get obsessed with Core Fusion, a workout method co-created by Fred DeVito and his wife Elisabeth Halfpapp. It’s related to the “corps” definition though, in that it describes the capacity of people to maintain belief that SOMETHING can get even the most fakakta bod into shape, and that, Esprit de CORE does. It’s a toning class based on Lotte Berk Method fundamentals, Pilates and fitness expertise to achieve a strong, athletic, flexible and youthful body. I’m ADDICTED. Even after just a couple weeks, I see changes in my body. I find myself soliciting more freelance gigs solely for “Core money” so I can take advantage of one of Exhale Spa’s bundle packages.

Like another Lotte Berk-based group class, Physique 57, it’s a bit spendy at $35 per class. But unlike Physique 57, it’s more holistic, a smidge less frenetic (fewer increments of poses), and less cheerleadery/Stepford Wifey. That’s not to say that I don’t enjoy Physique (I do, and attend those classes as well–sometimes I want to be coddled by some cheerleaders–I’m blonde.) but I love that Core is offered at the Gansevoort Hotel on Park Avenue South, within walking distance from my apartment. I love that there are fewer instruments of torture involved (just a barre, weights, a mat, and a strap–no ball, my least fave aspect of P57). It also attracts a bit more diverse of a crowd; there are actual dudes at Core, much of the time.


What’s funny is that I think of myself as an army of one, in most capacities. I hate group projects. I hate the word “teamwork,” thrown around like confetti at my various and sundry corporate (and even noncorporate) jobs. Parenthetically I’ve found that there’s a direct relationship between how often that word is used and how often your coworkers tend to throw one another “under the bus” for personal professional gain. But I digress. When I’d work out (and admittedly, it was maybe once a week, at best) I favored swimming laps or doing the elliptical. Because I didn’t like dealing with people. But what’s funny is that once I went freelance and started working for myself–by myself, which I love–I found I wanted to exercise en masse. I loved the groupy feeling of it all. Not only does an hour fly by faster when there’s a skilled teacher helping you master each pose, but being in a room with other people at varying skill levels is supremely motivating.


I highly suggest you sign up for one of Fred DeVito’s classes. You’ll think he’s diabolical the first time you take one, but his calming energy, dedication and motivation to help you master each position really help you get the most out of that hour. He also has a tendency to play oldies, which is totes fun.


Get involved with your own esprit de CORE and find out more at exhalespa.com.


Disclosure: A couple classes were generously provided for editorial consideration.