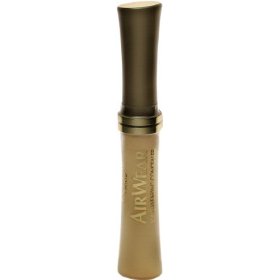 When I read a couple of weeks ago that VOGUE‘s Anna Wintour was doing a Fashion’s Night Out promotion at Macy’s, in Queens, I became truly terrified. It had to be clear confirmation that this was one really nasty recession. After all, who knew that the empress of fashion did borough? (Let alone Macy’s!) Obviously, the far reaches of her empire required it, so she gamely did her royal duty. Noblesse oblige.

With the economy in the doldrums, most of us need to search out good buys and that includes makeup. To the drugstores then, for bargains. For me, concealer is an everyday requirement and I’ve been pretty pleased with two L’Oreal products: True Match Super Blendable Concealer and Infallible 16 Hour Concealer. I use the former, which has a little brush, to paint lightly under the eye area and on the chin area, where I seem to have a facial version of cellulite. It does the trick. I use the Infallible around my nostrils, where it nicely covers a chronic redness there. Infallible is in stick-form and has a thicker consistency. Naturally, there are numerous shades one can purchase, according to one’s skin tones.

I do bemoan the fact that L’Oreal has apparently discontinued its Air Wear line of products. The Air Wear Long Wearing Concealer was particularly terrific. I still have a little left in its nifty little wand and I love it. It’s just the right shade for me (Fair Pale) and it imparts a lovely luminosity as a bonus. Also, the texture provides somewhat better coverage than the True Match and is smoother and less “crumbly” than the Inflallible.

Memo to L’Oreal: Bring it back, s’il vous plait!