Actress Angela Kinsey of The Office has taken on a new role as straight-talking “Guardian Girlfriend” Gigi in Clairol’s new Nice ‘n Easy advertising campaign. Get your right hair color and check out an interview with Gigi, the commercial, and Angela Kinsey on playing the role.

I was surprised to find that Angela’s effervescent, chatty demeanor is nothing like that of her eponymous famously disapproving-of-everything character on The Office. In fact, Angela breezed onto the phone, and laughingly confessed that she’d just knocked over a vase of flowers. Read on to find out about everything from Angela’s favorite products to her trick to getting into character on-set at The Office.

Beauty Blogging Junkie: Did you draw on experiences with anyone you know to get into character to play Gigi?
Angela Kinsey: Absolutely. My longtime friend Sue Ann McLaren would tell it like it is, just like Gigi. She’d be like [in a southern accent] “We have to do something about your eyebrows.” Similarly, Gigi’s the kind of girl who won’t let you leave the house looking awful. She’ll be like, “Hey. That’s not working for you.”

BBJ: I’d posit that everyone needs a friend like Gigi! What do you like most about playing her?
AK: I like her upbeat wardrobe. The Office‘s Angela Martin dons so much beige and grey! Gigi is also an endearing klutz, which makes her fun to play.

BBJ: She certainly sounds like a change of pace from your gig playing Angela Martin! I love that Angela (Martin) declared colors like orange and green “whorish.” How do you get into character to play Angela? She’s so serious with her sensible shoes and accounting degree!
AK: I rely on being tired! Having a baby helped me to be more cranky. It’s easier to be confrontational like Angela is when you’re sleep deprived!

BBJ: What’s most challenging about working on The Office?
AK: It’s hard to get through a scene with Steve Carell without breaking Angela’s super serious character by laughing or smiling!

BBJ: What’s most rewarding about working on the show (other than getting to rule the fictitious Party Planning Committee [PPC] with an iron fist)?
AK: Working with people I truly care about. We’re truly a family, which is so nice to have so far from home. I also love that I’m able to bring my daughter to the set every day!

BBJ: What do you think Angela Martin thinks about all the men fighting over her on the show?
AK: I think she loves it, secretly. She has an old-fashioned view of courtship, so her behavior requires men to play a suitor role. But, she’s not easily won over, so she plays into men’s primal need to pursue. 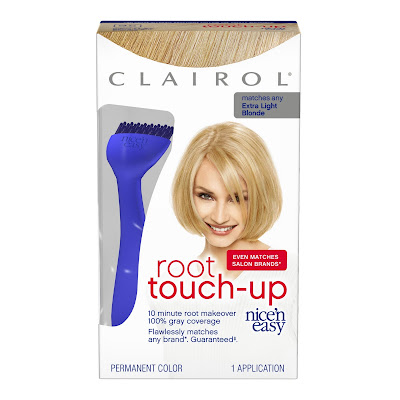 BBJ: What are some of your favorite products?
AK: I love Lancôme Juicy Tubes. I also wear Clairol Nice ‘n Easy Root Touch-Up myself. I once wrecked my color at a salon I’d never been to before while I was traveling and had to quickly get myself back to Angela’s blonde hue. I was impressed by how easy it was to use. I used the Natural Medium Neutral Blonde shade. I also alternate between Olay Daily Moisturizer and Cetaphil. I tend to beauty shop during trips to grocery store, Target and Walgreens.

BBJ: What are your top three beauty tips?
AK: Get lots of sleep, go a day or two without washing your hair, especially if you color it. Lastly, smile! It sounds cheesy but I get the most compliments when I’m in a good mood.

BBJ: How would you describe Angela Martin’s beauty routine?
AK: It’s a very simple one! I’m pretty sure her makeup remover of choice is letting her cat lick her face. She also is a vegetarian who goes to bed very early, so that helps. She’s in great shape [ed. note: That she is! She has mentioned on the show that she weighs 90 pounds and wears a children’s size 10!] , She doesn’t enjoy sunshine, so I could see her cruising around the mall!

Thanks to Angela for dishing with me!