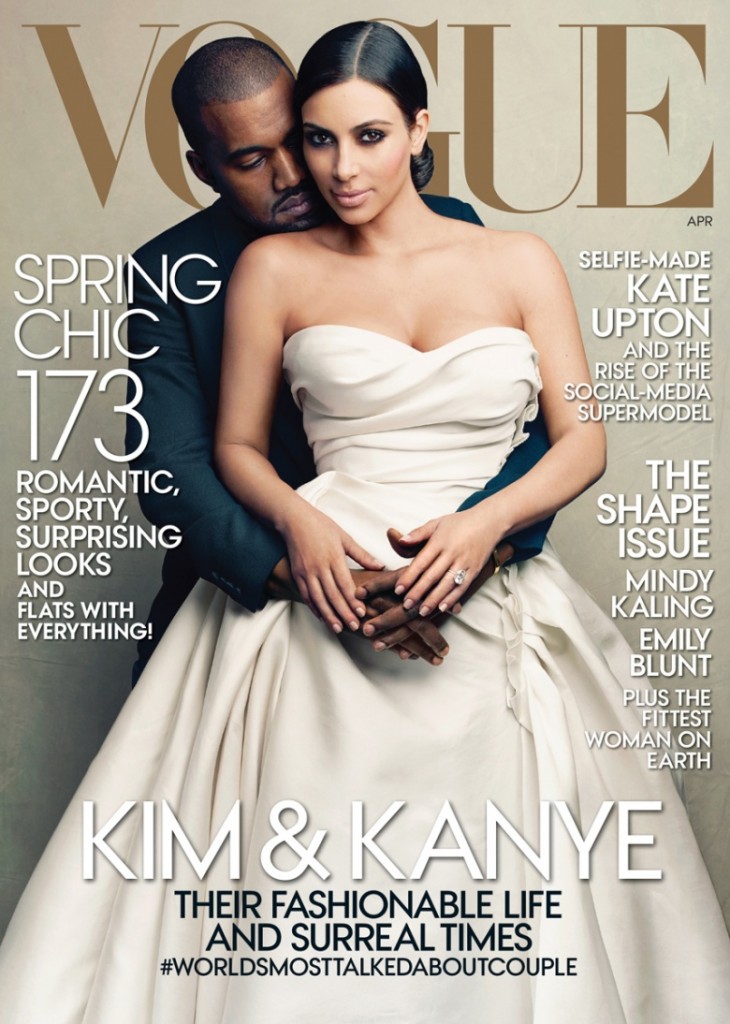 It took me a while to process my feelings on this Kimye Vogue cover, I’ll be honest.

“Remember how horrified you were when Ben Affleck was cast as Batman?” I asked. (Let me state for the record that I am so pro-Ben Affleck being cast as ANYTHING, FYI. I fully support his joining my OTHER favorite celeb crush, Henry Cavill, in this amazing franchise I’m already seeing twice on opening day.) “Yeah,” he said. “Well, imagine Batman being cast by Ryan Seacrest.”

What are your thoughts on Kim Kardashian and Kanye West on the cover of Vogue amid a hashtag and the use of the word “selfie,” as my gal Nadine pointed out?