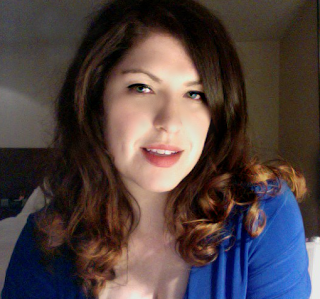 Anna Goldfarb pens the hilarious Shmitten Kitten. Its tagline? A dating blog for people who would never read a dating blog. With regular columns like “Things In His House That Make Me Sad” and “Things I’m Terrible At,” it laughs at all of the regular ridiculosities a modern gal has to endure in this fakakta courtship landscape (or lackthereof). Fellow Michael J. Fox enthusiast Anna recently wrote a book, Clearly, I Didn’t Think This Through, which features anecdotes about her quest for the perfect short dude. I pre-ordered it and read it within two days while I was on a biz trip; otherwise I’d have devoured it in one. I appreciate her love for my hometown of the City of Brotherly and so I hit her up to share her Five Rules For Life. Take notes–I learned a vital thing or two. In Anna’s words:
1. Like Cinderella’s carriage, my phone turns into a pumpkin at midnight.
I’ve lost count of how many nights have been ruined because I got some errant text at 2:30am that roused me from my slumber. Well now I have a setting on my phone where I don’t get any notifications from midnight to 9am. It’s great. No more disruptive texts from bored exes looking for my attention and no more phone calls from my best friend who wants to see if I’m up because she just hooked up with a stranger and wants to tell me about it rightfuckingnow. This rule has cut down on drama and gives me a peaceful night’s rest to boot. Besides, 12am – 9am is my time for dreaming about making babies with Al Capone on “Boardwalk Empire,” not entertaining drunk texts: get the memo, America.
Read Elizabeth Dehn’s Five Rules.
2. Tell jealousy to hit the road.
It’s hard being single and in your thirties. It seems like everyone’s coupled up blissfully while I’m alone in my room decked out in a fuzzy pink bathrobe watching “The Voice” with my cat on my lap. My Facebook feed is chock full of snapshots of my friends’ happy lives and I’m not gonna lie, it can bum me out if I’m feeling the kind of lonely that even a “Party Down” marathon can’t ameliorate. Once I feel the green monster creep up in my belly, I gotta shut that shit down fast. I have to take a deep breath, make a quick mental list of all the things in my life that I’m thankful for and move on. Then I hide the update from my newsfeed altogether and resume looking for funny updates about the IKEA monkey.
3. Recognize that I’m wrong about a lot of things. Often.
I’ve lost count of all the things I’ve been wrong about. For instance, I’m wrong about which foods I like. I hated avocados for years. Then I tried guacamole for the first time two summers ago and guess what? I’m hooked! I’m wrong with my first impressions of people. I hated one of my best friends when I first met her. Now, I think she’s fantastic! I’m wrong about which TV shows I’ll like. It turns out that I love “Bob’s Burgers” when all this time, I thought I hated cartoons. I might even might like Maroon 5. Maybe they’re catchy? I don’t know but I’m open to giving ’em a shot! I’m wrong about a ton of things and that’s okay. I allow for that it my life.
4. Beware: Writers can do a lot of damage without even getting up off the couch.
Once you put something out into the world, wheather it’s a tweet or a blog post or a status update, it’s out there. If I say something mean about someone, most likely it will get back to them. Here’s my guiding principle: don’t ruin anyone’s day if I can help it. Being funny is good; being mean publicly isn’t. Plus, it makes it awkward when I run into the person at Taco Tuesday and he sits one table away. *collar tug*
Read my Five Rules.
5. Be true to yourself.
This one is cheezy, but it’s important. I’m not normal in ways that most people are: I’m 6’1 and prefer dating shorter guys; I don’t have a steady job; I live at home with my parents; I get overly excited at free food samples at Costco. (Well, maybe that part is normal.) Instead of lamenting the fact that I feel so out of step with people with more normal lives–such as 9 – 5 jobs and mortgages and nice cars and two week vacations once a year–I do my best to embrace my quirky path. I may never conform to what society feels is appropriate for a woman my age, but hey, at least I’m true to myself. I really can’t picture living any other way.