Obianuju, or Uju for short, is a NJ native who is in her final year of studying Economics and Political Science at Columbia University. Last academic year, she spent the year abroad at Oxford and unleashed her inner philosopher. Her relationship with film can only be called an addiction at this point. In 2016 she watched 101 movies (down from 107 in 2015), but only watched a meager 45 in 2017. So now she’s back in 2018 to once again reach her 101 movies goal. How does she know how many movies she’s watched, you might ask? Uju keeps a list of all the movies she’s watched since 2012 (by the time you’ve finished reading this post, this fact will not surprise you in the slightest). 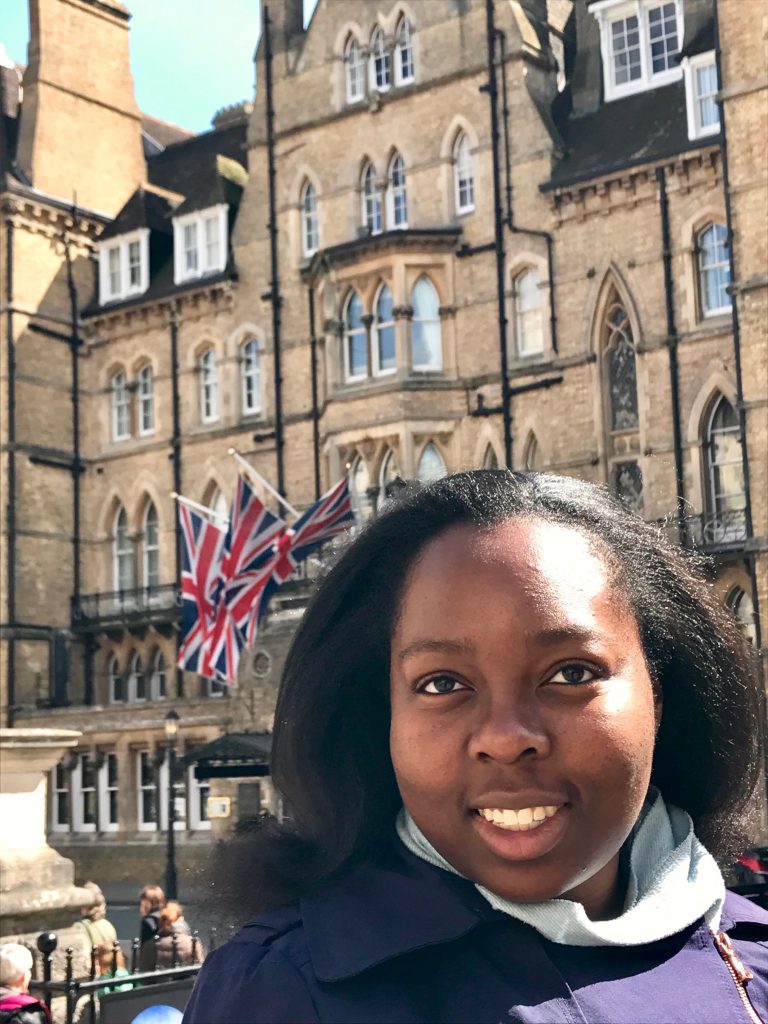 Seeing as she’s a Rouge18 intern, it should also come as no surprise that she’s a beauty and skincare addict. Uju can be found roaming the aisles of Sephora trying to remind herself that she really doesn’t need another eyeshadow palette (spoiler: she still bought it).

And while you’re at it, plan your jewelry and makeup for each outfit, too. A few months ago I realized I had a wealth of clothes I never wore, because I frequently found myself stumbling out of the shower in the morning with 15 minutes to get to class. As such, I just threw on whatever was nearest and clean. As midterms and finals season neared, my outfits became less and less stylish. Determined to change this, I bought a clothing rack and now pick out outfits for the week on Sunday night, eliminating all the hassle of finding an outfit in the morning.

Pro Tip I: look at your weekly schedule and plan the comfort, extravagance, and warmth of your outfits accordingly.

Pro Tip II: plan 8 or 9, rather than 7, outfits in the event something unexpected comes up or you just aren’t feeling your planned Wednesday outfit when Wednesday morning rolls around.

Can you tell I’m a planner? On my laptop’s desktop I have what can only be described as a sticky note mosaic. As I am a compulsive list maker, I have several sticky notes dedicated to different lists. My main (and largest) sticky note is my weekly schedule. A smaller note holds the schedule template for the week with recurring commitments like class, work, and nightly skincare. Every Sunday I copy the template into the larger schedule note and fill in any additional commitments that are specific to that week. To give you fuller insight into how anal I am about this: I actually have a line on the schedule template for Sunday that tells me to make the schedule for the next week.

–       My nightly skincare regimen (also featured in my schedule template, but I like a separate list so I can have a more macro view of the regimen)

–       TV shows I watch, their season premier date, and the day of the week on which they air

–       Titles leaving and coming to Netflix that month

–       Packages I’m expecting and when their anticipated delivery date is

Okay, this is the final organization rule, I promise. As someone who frequently emails professors and other very busy people, I have found that organizing emails with bullet points, numbered lists, or section headers makes the email more readable and your reader more likely to respond with all of the information you requested. If you have multiple questions that require answers, don’t let them get lost in a paragraph. Separate them into a numbered or bulleted list. If your email has several different paragraphs, make them sections instead, if you want to avoid your reader simply skimming. Five paragraphs of prose are a lot harder to read than 5 blocks of text with section headers that tell your reader what each section is about.

Whoever made the “either a bold eye or lip but not both” rule had good intentions, I’m sure. However, done well, a bold eye and lip combo can be great. I’m at the stage in my makeup journey where I only wear eyeshadow, lipstick, and brow products so I sometimes like to go all out in what few avenues I have. Plus, depending on how dramatic I’m feeling that day, I’ve been known to rock black lipstick.

As I am both an economist and a philosopher a heart, this rule is key for me. If it truly makes you even a little bit happy (on net) then do it without shame. Do I watch too many shows on the CW for a 21-year-old? Definitely. Do I jive with trap music and mumble rap despite my brother’s insistence that I should only listen to Kendrick and finer brands of rap? Yes. But my motto is “pleasure is pleasure”. I’ve binge watched both Gossip Girl and The Good Wife. I listen to “Gucci Gang” by Lil Pump and“Element” by Kendrick Lamar. I read 25-chapter-long Harry Potter fanfiction with 4 sequels and Hobbes’ Leviathan. Don’t talk yourself out of enjoyment just because you think you shouldn’t like something.