Jeannine had written about going dairy-free and as someone who’d spent a lot of time and cheese plates with her, I had to know what sparked this and how was it going? Jeannine is also a vegetarian, so cheese is an integral part of her diet. Over brunch at L’Express, she told me she felt a million times better since doing eschewing milk and that her clavicle was so much more pronounced. Well, that’s all I needed to hear.
I’m not proud of it, but I’ve done nearly every diet that exists from Pritikin to South Beach to Paleo to gluten-free. 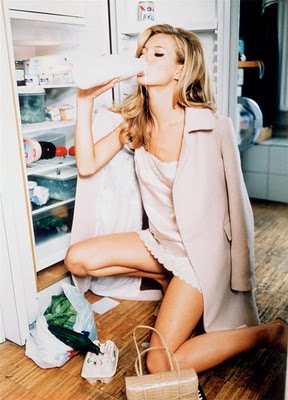 I’m not proud of it, but I’ve done nearly every diet that exists from Pritikin to South Beach to Paleo to gluten-free. 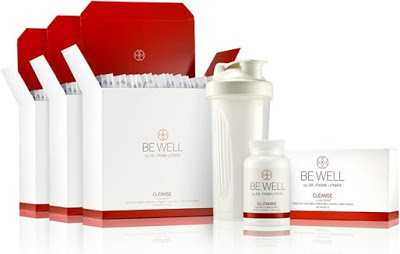 I adore cheese (it’s the one mainstay of all the diets I’ve been on–though it’s evolved from fat-free to full-on versions in the name of foresaking carbs). But clavicles are the punctuation of your body sentence and they’re sexy and mine had been hidden (under a layer dairy, evidently) for far too long. I’d heard good things about Dr. Lipman’s Be Well Cleanse ($199), so I tried the two-week gluten-free/dairy-free dietary reset. I didn’t follow it to the letter (for instance, turkey and tomatoes are on the no-no list) but I did eschew alcohol, gluten and dairy entirely for a fortnight and emerged feeling far less bloated, gassy (TMI? I’m just saying, dairy may as well be invented by 7th-grade boys for entertainment value), and sluggish. In the month plus since I’ve stuck to a consistent dairy-free/gluten-free lifestyle, I’ve definitely lost weight, reacquainted myself with my clavicle and have more energy. Why exactly? I caught up with Dr. Frank Lipman, Integrative & Functional Medicine Physician and founder of Eleven Eleven Wellness Center to find out.


What effects does dairy have on the body?
Classic symptoms of dairy sensitivity and allergies are mucus production, respiratory problems, digestive symptoms (such as gas, bloating, diarrhea, or constipation), fatigue, joint pains, and skin problems from rashes to acne. Most people have heard of lactose intolerance, which affects 10% of adults. Another lesser known problem is difficulty digesting casein from cow’s milk. When casein is not properly digested, it gets into your blood, and the immune system reacts, causing inflammation which can then lead to acne. There are over 60 hormones in an average glass of milk. The process of pasteurization eliminates many of the beneficial components of milk, and homogenization creates fats that are foreign to most human digestive systems. I encourage patients to drink almond milk, rice milk or hemp milk instead of cow’s milk.  As for cheese, sheep’s milk feta or goat cheese are better options than cheese from cows, because they’re much easier to digest and don’t seem to cause as many problems.
What about the same for gluten?
Gluten, for many people, causes immunological reaction, inflammation, and fatigue. I take everyone who comes to see me off of gluten.  Along with sugar and processed foods, I believe there is no greater drain on one’s energy than gluten. It is a hard-to-digest protein and can be found in grains such as wheat, barley, rye, bulgur, couscous, farina, kamut, kasha, semolina, spelt, triticale, oats, and their derivatives such as malt. Many people have an immune response to gluten that makes their bodies tired and stressed. By removing gluten from your diet, the liver, digestive system and immune system are able to rest and recover and the body has more energy for other processes.
What are healthy alternatives for calcium?
You can get calcium by eating lots of leafy green vegetables, sesame seeds, beans and chia seeds.  Rooibos tea – pronounced Roy-boss – contains many minerals such as copper, iron, magnesium, calcium, zinc and potassium, making it very beneficial for healthy bones and strong teeth.  Rooibos tea is indigenous to my native South Africa and is naturally caffeine-free, loaded with antioxidants which help protect from free radicals which can contribute to aging and weaken the immune system.  Rooibos is also useful in helping with some digestive disorders such as nausea, constipation and heartburn.
What advice do you have for women concerned about calcium?
20’s – I would recommend a good multivitamin with vitamin B, vitamin D,  and a green powdered drink.  Most people are deficient in vitamin D, and young women don’t usually eat well, so adding a good Multi and a green powdered drink to cover for a lack of vegetables is worthwhile.
30’s – I would recommend a good multivitamin with vitamin B, vitamin D, Folic acid and probiotics, along with a green powdered drink.  I would add folic acid in case they get pregnant and probiotics to aid digestion.  When you are younger, your body can compensate more easily for the abuse it takes.
40’s – I would recommend a good multivitamin with vitamin B, vitamin D, Folic acid, Fish oil, probiotics and magnesium.
I would add fish oil at this age, as most women are deficient in omega 3 fatty acids whose function becomes even more important as we age. Omega 3 fish oils promote a stronger immune system, better cardiovascular health, less inflammation, healthier joints, improved vision, a more robust metabolism, among other health benefits.   I would also add magnesium as women become deficient in this as well, and its function becomes more important.
50’s & 60’s – I would recommend a good multivitamin with vitamin B, a higher dose of vitamin D, Fish oil, probiotics, calcium, magnesium and vitamin K.

Add calcium for bone health, vitamin K for bone and heart health and a higher dose of vitamin D, as older women need more of it.

***
Frankly, dairy was doing for me exactly what the milky, cloggy, thick substance looks like it’d be doing to one’s system. I’m glad to be rid of it. Would you consider going dairy-free/gluten-free?