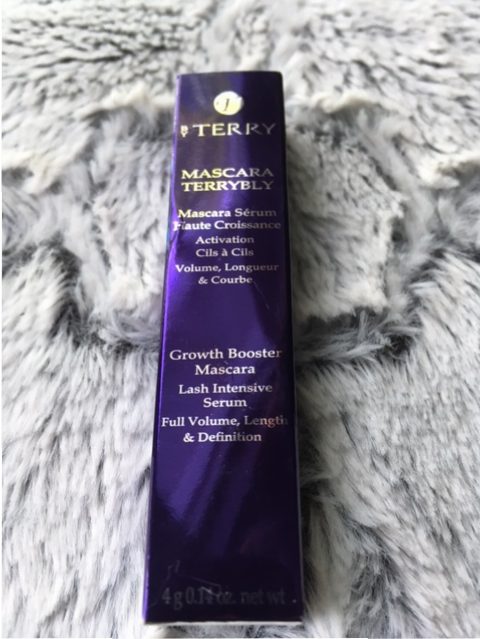 Yes it might be said, I’ve been using the same mascara since I was old enough to wear makeup… which means about 20 years. Ew. Yet, c’est la vie. I wanted to try something new and went out of my comfort zone and tried Terry’s Mascara Terribly, Growth Booster Mascara.

There are so many different types of lash boosters, but who has the time for possible swollen eyes and or pain! This luxe mascara looks so incredibly natural, and after only 4 weeks of use I see a major difference in the thickness of my lashes.

I have to confess… I am that chick that wears makeup, yet “no make up” to the gym :). The formula makes my lashes look au naturel, AND does not move after a BodyPump class.  I win.