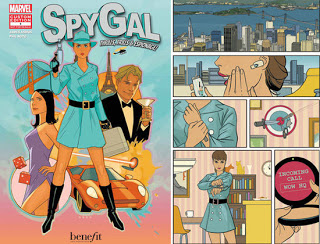 Growing up with a brother who was essentially Brody from Mallrats, I learned a LOT about comic books. More than I wanted to. Too much of my childhood was spent learning the trivia that differentiates Green Lantern from Wolverine and the nuances of Daredevil vs. Spiderman. While I genuinely was on board with a lot of the sci-fi I had to endure (Quantum Leap, Star Trek: The Next Generation) the canons of Marvel and DC didn’t thrill me–until now. Why? Because Benefit has partnered with Marvel on a special edition comic called SpyGal (tagline: Thrills, Frills & Espionage!). Marvel-ous! Do you love it? 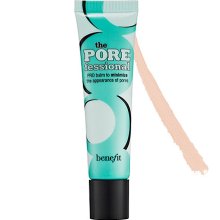 SpyGal’s pore-zapping persona was modeled after the POREfessional pore minimizing primer, a must for those with “yawning” pores that produce excess oil throughout the day.

The limited edition SpyGal comic is available this month at Benefit counters everywhere.  The POREfessional retails for $29 at sephora.com.