Fictionary is a column showcasing beauty- (and sometimes fashion-)related words that don’t exist, but should.

This is a long one, ladies, because we’re talking Lanvin.

In case you’ve been living under a rock, you know that the Lavin <3s H&M collection dropped this past Saturday morning. Being totally hungover and scheduled for a nutrition class at Organic Avenue (to where I brought my artificially-sweetened caffeinated latte to the raw foodies’ collective horror), I missed the festivities at the store. But I followed the happenings on Twitter and decided with my fellow nutrition class companion Felicia to hit up the sale later that day. Well, after we assassinated some chicken paillard much in the manner of John Wilkes Booth at nearby bistro Schiller‘s. Talk of colonics and juice cleanses had made us ravenous. 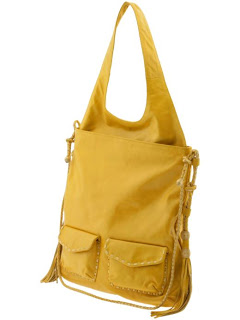 Anticipating that I wasn’t going to be waiting outside H&M circa 5am, I’d deployed Carol to pick me up the epic yellow ruffled one-shouldered confection you see at the left at the King of Prussia Mall store. Well, unfortunately the Lavin collection wasn’t sold there. It was only sold in a few select cities that did not include the one housing the second largest (and most upscale) mall in America. As Felicia sagely pointed out, the whole H&M/Lanvin collabo was handled in “the most punk-bitch way.”  So we took matters into our own hands and went on down to the SoHo store at 2pm. Natch, there was no yellow dress left. Not even any cosmetics. I started hyperventilating; I picked up a flowered ruffled dress that wasn’t my first choice, nor my second, nor my third. It wasn’t even my size. I robotically started spouting out plans to buy it and take it in; aren’t the lace straps gorge? The dress I was trying to convince myself to buy was $200 at H&M. That’s when Felicia had a Lanvintervention with me. She pointed out that I’d just hit up the Foley + Corinna sample sale and had scored an insanely spesh yellow leather sample bag (for a sick $35), for which I’d fought a drag queen and emerged victorious. “That’s the yellow item you were meant to have today,” she pointed out quietly, as you talk to a mental patient.

And she was right. I’m still on my quest for THE Lavin <3s H&M frock of my choice (and as SATC‘s Charlotte York said, I choose my choice), but in the meantime, I have some sartorial sunniness in my lifestyle and that is enough.