This WEDNESDAY, as in two days from now, is the day I’ve been waiting for most of my life. Not to be dramatic or anything. In case you haven’t realized, I’m DEEPLY into Back to the Future II. I actually liked the sequel better than the original. Though it came out when I was 9, I went to see it opening day with my brother and his friend John. My brother bought his ticket. I bought my ticket. John tried to buy his ticket, but they were sold out. I’d bought the last one. I was all, “see you, John. Guess you’re catching the next show.” My brother insisted that I have my mom pick me up while he and JOHN saw the sequel I’d been waiting 4 years to see (at 9 years old, that was approximately half my life). I wound up seeing it a few days later, but know what? I mean, it’s been nearly 25 years. And I’m still pissed about it. Know what I’m not pissed about? Along with many other predictions (like a baseball team in Miami), 1989’s Back to the Future II anticipated a bunch of 2015 fashion and beauty trends, starting with the plastic surgery explosion. 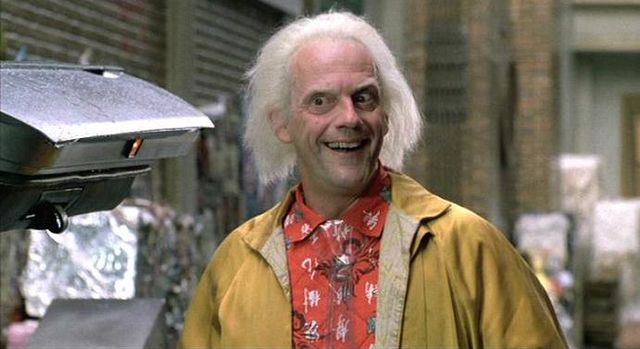 Rejuvenation Clinics
When Doc Brown and Marty McFly land in 2015, Doc removes his aging mask (so Marty would recognize him) and announces, “I went to a rejuvenation clinic and got an all-natural overhaul. They took out some wrinkles, did a hair repair, a change of blood.” But they don’t stop there; there are three other plastic surgery references in BTTFII’s universe of the future: A TV commercial Marty Jr. watches, a sign for a breast implant sale, and a clinic itself. 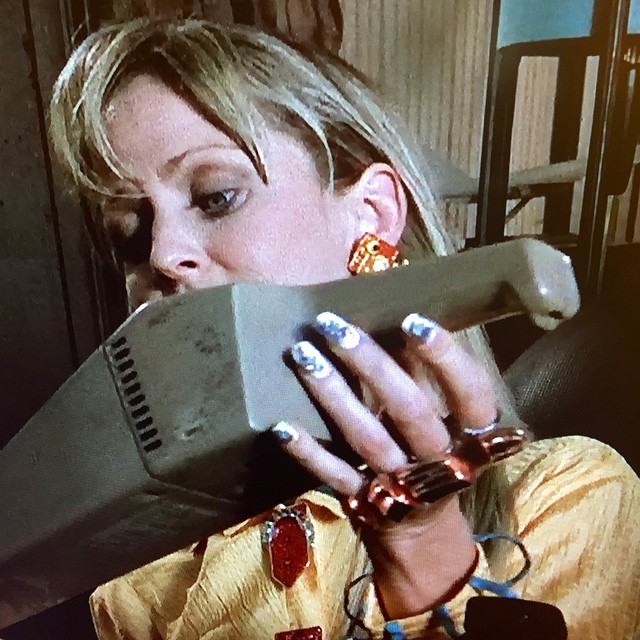 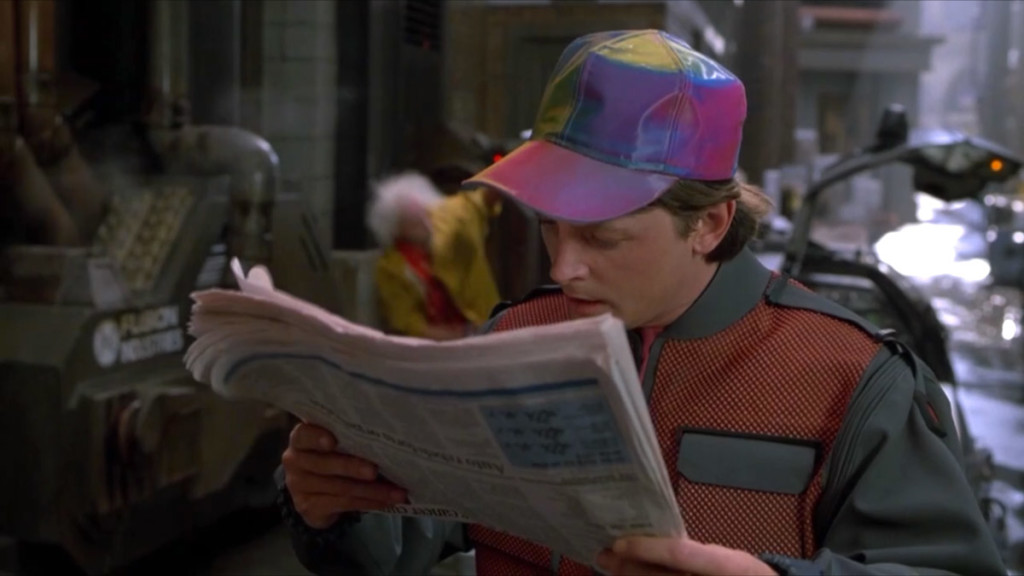 Perhaps subconsciously inspired by the select sartorial stylings of Marty Jr., just this week I was seduced by these very Gem and the Holograms pumps from J.Crew. Here, Griff’s henchwoman, Leslie “Spike” O’Malley dons a very Ariana Grande-esque high pony with bangs, a look that’s on point for 2011. The weird eye makeup/red contact, however, has yet to be a thing.

Whether the Cubs win the world series remains to be seen. I for one, think a victory is their density.