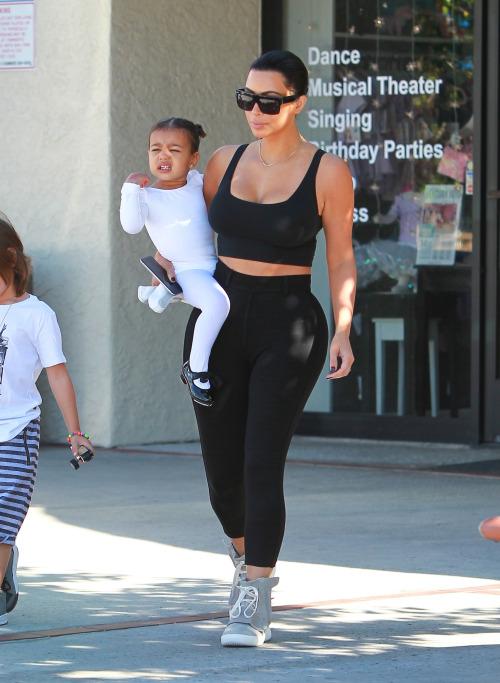 After a platinum blonde disco tour of less than two weeks, The 34-year-old star was spotted back in her natural black hair in Beverly Hills today. Los Angeles colorist Lorri Goddard, who colored Kardashian’s hair blonde, had told Us Weekly: “It was a really fun adventure for her! It’s something she’s said outright that she’s been thinking for a while, but the time just hasn’t been right.”

Looks like the time wasn’t right even after she did it. What do you think of Kim’s black hair? I think she looks MUCH better with dusky locks.