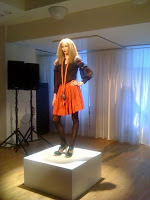 Last night, I attended a screening of BEHIND THE LENS: The Look of Fall 2008. The film followed Redken’s hilar Creative Consultant Guido
as he collaborated with Peter Som, Luella, Roberto Cavalli, and Jean Paul Gaultier
to create runway looks inspired by the season’s fashion trends. I loved seeing how Guido created hair masterpieces to correspond with the designers’ respective looks, which ranged from theatrical (Jean Paul Gaultier) to English Countryside (Luella). The hair for all four shows was varied, but genius. 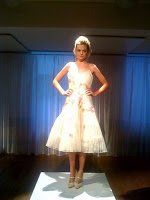 My favorite Guido quote from the film? At the Jean Paul Gaultier show, he remarked that he was glad to see that he didn’t have to freak out by something typical, but unexpected, like “seeing we’ve only finished four girls’ hair when I thought we’d finished a hundred.” Roberto Cavalli also cracked me up when he remarked that he’d taken a big fat sleeping pill the night before his show.

At the cocktail reception which followed, I caught up with Dina, whom I’d just seen the night before at a Dr. Obagi event (long time no see, Dina!). We proceeded to be the only people at a VOGUE party to eat the hors d’oeuvres. 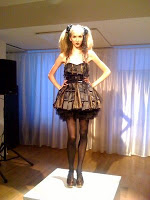 I snapped some iPhone photos (what a terrible day to forget my camera!) of some of the designs featured at the reception for you, dolls. Tell me what you think in the comments. 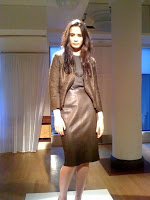 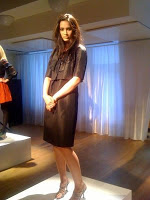 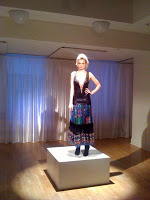 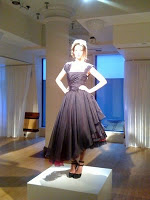 The full Redken episodes of Behind the Lens will be available for viewing on Vogue.TV.

2 Comments → Redken and VOGUE Screening: Behind the Lens