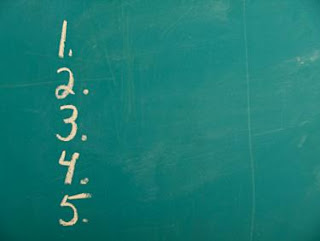 As that venerable DJ, Cousin Brucie once commented in regard to the lyrics of a Beatles song: “Rules to live by, Michele.” Actually, he said “words to live by” but let’s not quibble. So what are my 5 rules for beauty and life in no particular order?

1. Never let powder touch your face. That is, if you care about instantly aging your skin 10 years.

2. Lose the sugar. You can eat fat, salt, carbs, etc. but sugar is the ENEMY. Whenever you crave a sweet, eat fresh fruit instead. (I like mine in a fruit salad.) I’ve been doing this for so long that I no longer look at sugary items as food. Once in a great while, though, I’ll indulge in dessert (say at a really good restaurant, preferably French, where the level of sweetness is just right and my teeth aren’t set on edge.) After all, it is never wise to deprive oneself entirely.

3. Can’t is won’t. I came up with this slogan when my children were little. For the life of me, I can’t remember what it was I wanted them to do – pick up their toys, turn down the TV, whatever. The response inevitably was, “I caaaaaaan’t.” To which I replied, “Can’t is won’t.” [Ed. note: Can you imagine how irritating this was?] I now realize that I can apply that same phrase to myself. So many things one thinks one can’t do are simply things one won’t, for one reason or another. So don’t put unnecessary limits on yourself.

4. Never take a bath, take a shower. I realize that this rule will alienate multitudes, particularly those who really deserve a good soak after a long and nerve-wracking day. But here’s the thing, hot water (and let’s face it, who would want to bathe in anything else?) definitely droops breasts. Personally, I take long, hot showers (I admit this is green heresy) facing away from the showerhead. Over time, I’ve even noticed that my ventral and dorsal sides have developed marked differences in temperature tolerance. But who cares? What matters is keeping the girls perky.

5. Avoid ultra-short haircuts after 45. I am perennially mystified as to why it is that so many women of a certain age seem determined to shear off their hair in as severe a fashion as possible. They may or may not have had hysterectomies but do they have to spay their heads? Please, women, soften up. Allow your tresses to frame your face and especially your jowl.

Bonus Rule: Moisturize during the day but never at night. I have dry skin so I never fail to moisturize my face every morning. I usually do a serum first, followed by a cream or lotion; then I apply concealer and/or foundation. Before bed, I cleanse my face with coconut oil soap and leave it at that. I never use night cream because I believe it is important for the skin to “breathe” and renew itself overnight. It gives the skin a chance to right its own moisture balance which a night cream would suppress. If you’re used to using a night cream, try giving it up. Your face may feel a bit taut at first, but after a while, your skin will adjust and your pores will thank you.