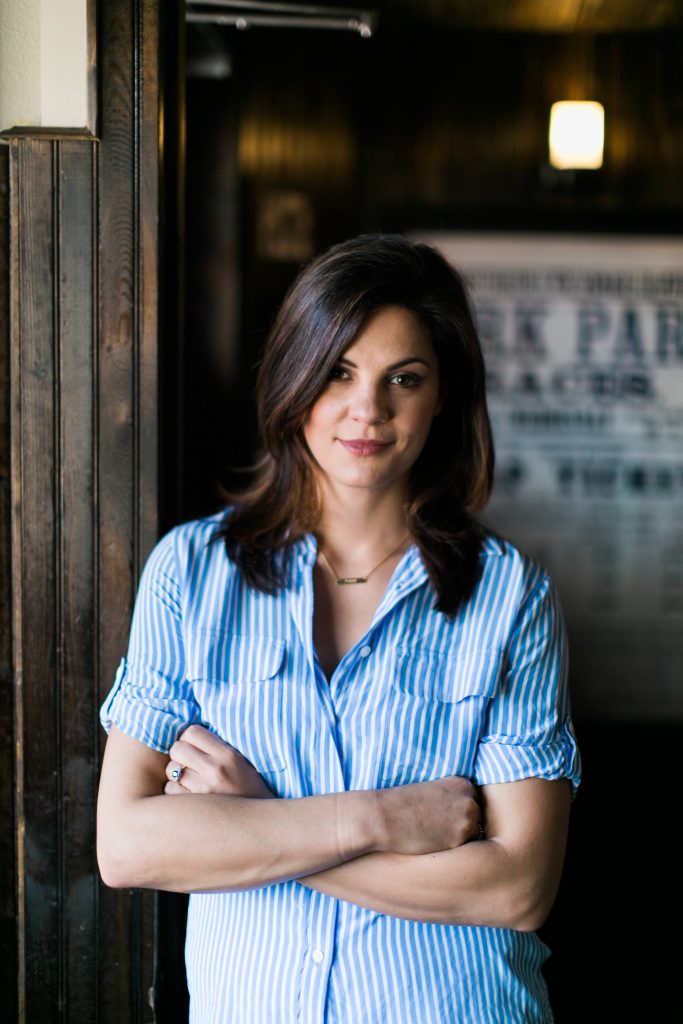 Andrea Dunlop is the author of Losing the Light, Broken Bay, and the new novel She Regrets Nothing which comes out today. Her latest is the story of a young woman who discovers a wealthy family that’s been kept from her and decamps to New York to join them, reawakening a long-buried family scandal in the process. It’s a slyly feminist tale of class, family, lust, and betrayal that’s been named a must-read book of 2018 by Town & Country, InStyle, Redbook, Elite Daily, and others. Andrea has spoken at writing conferences all over the country and is a proud member of Seattle 7 Writers, a collective of Pacific Northwest authors supporting books and literacy. Here, she shares her 5 Rules For Life, in her words.

Make Time for What Matters

When people talk about to me about their writing aspirations, there’s something I hear over and over: “I’d love to write a book, I just don’t have time.” The reality is, we’re all busy. In fact, we’ve made busyness a kind of virtue in our culture, which is something I think we should all be questioning. It’s so easy to get sidetracked—social media, the endless cascading crises of the news cycle—that I think we’re often unaware how much time we waste on a given day; making it more a matter of prioritizing properly than time. This goes right along with people who say “Maybe I just need to quit my job so I can write my novel”. This might sound nice as a fantasy but would cause most people to have a nervous breakdown in practice. For most of my adult life, I wrote for an hour in the morning before work and that was all I had time for. Committing to that hour helped me get my first novels written, and eventually published. I think this holds true whether it’s a side hustle you want to grow, a hobby you love, or a volunteer project that you want to commit to; if it really means something to you find a way to carve out time for it.

Let Your Habits Do the Work

After I graduated college, I was working a demanding publishing job and had a social life that kept me out late most nights (I was a twentysomething in New York!)—unsurprisingly, my writing stalled out. I realized that if I didn’t write routinely, I didn’t write at all. I had the same revelation about exercise around this time. I played tennis growing up and in college. When I no long had a coach telling me where and when to exercise and teammates to hold me accountable, it was really easy to let it lapse. Writing and working out have a lot in common in that they work best if done regularly and if you rely on will power alone, you’ll burn out fast. Will power is great for getting into a new routine, and you can rely on discipline to stick to it long enough to make it a habit. But once it’s a habit, it takes so much less effort. I’ve written first thing in the morning for years; now I just feel weird when I don’t.

On that note, I’m not one of those crazy people who just naturally loves getting up early (I’m married to one and I still don’t get it). I have, however, over the years taught myself to be something of a morning person. Habits are more likely to stick if you make them as easy as possible, and mornings are still the easiest time for me to write. Before hopping on email or checking social media, I try to get in a couple of hours of undistracted work. I started this habit out of necessity when I was working a nine-to-five, but as a freelancer, it’s just as crucial because I’m the only one keeping myself accountable on a day-to-day basis, and myself is a lot more disciplined about resisting the lure of distraction first thing in the morning. The great thing about planning on accomplishing something in the morning is that even if the rest of the day goes to hell, you’ve already checked your most valuable thing off the list.

You’ll hear many writers who’ve met with some success talk about how much rejection they encountered before getting anywhere. Persisting through years—sometimes decades—of disappointments is a hallmark of my profession, but it’s applicable to all of life. The road to writing success is long, and your ability to withstand the low points—whether it’s getting rejected by every agent you queried, not getting a book deal, having a book that doesn’t sell as well as you’d hoped—is crucial, or else you’ll just give up. Whatever your goals are in life, resilience is a key ingredient to reaching them. Everyone encounters setbacks, and greatness—however you define it—necessitates bouncing back from tough blows.

Goals are wonderful: they can give you a sense of purpose and big accomplishments can add meaning to your life. But beware forsaking your personal life in order to meet them. The trouble with being ambitious is that the moment you reach one goal, the bar tends to move higher and a new goal appears: meaning that as a driven person, you could spend your life chasing the next thing and the next. We often laud people who accomplish a lot and earn a lot of money, but who’ve left untold personal wreckage in their wake (Steve Jobs comes to mind). Ambition is wonderful—and it should be embraced—but valuing the human beings around you matters more to your happiness and more to the wellbeing of the world than what ends up on your resume.