Read about my BBG transformation here.

It is a truth universally acknowledged: You can work out nine hours a day but if you don’t adjust what you eat, you’ll remain exactly. the. same. In 2013, I was overscheduled, overworked, and felt like I had to say yes to every fakakta plan leaving exactly zero time to recharge, clean and organize my apartment (which can fall into chaos easily when you receive 10+ mailings a week. This is a first-world problem, of course, but when you’re a team of one working from home, it’s time-consuming). And yet, I made time to go to spin classes nearly daily, ate to compensate for my out-of-control schedule (over which I later realized I did have control—if I simply prioritized me time over C-list friend brunch) and gained at least 10 lbs that year. The spinning also made me positively ravenous, which didn’t help. Even though I worked out more than I ever have in my life, I was heavier than I ever was in my life. I was essentially throwing money ($35/class) and time out the window, though it was fun and I enjoyed the exercise itself. 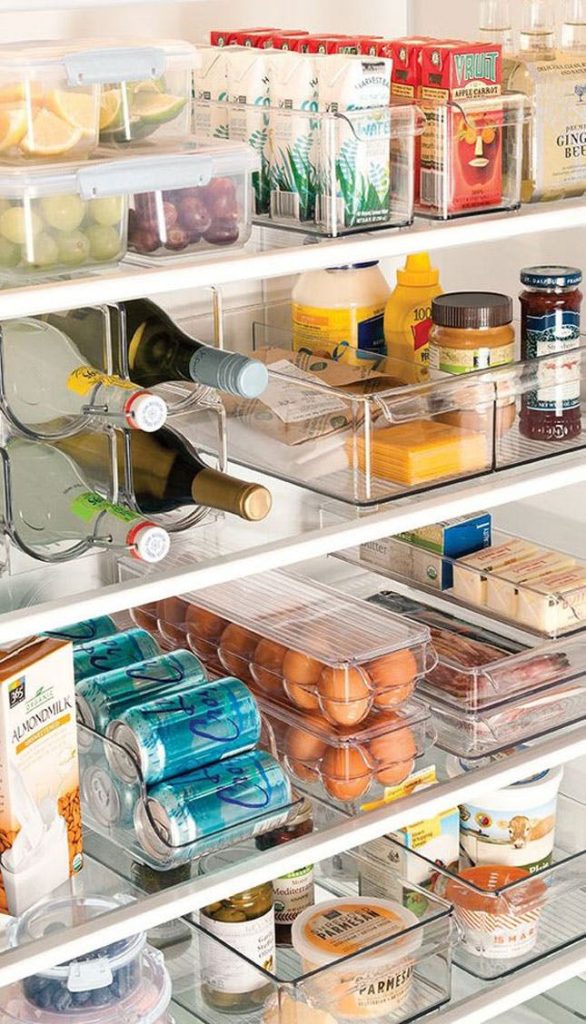 Since then, I’ve realized that for me, fitting into my pants is a matter of passing on carbs at least 50% of the time. Yes, it’s annoying. Yes, carbs are delicious. They’re inarguably the best part of any meal. You don’t have to tell me. My dream meal is cheese fries with a side of cheese fries. But if you aren’t able to cook and eat all your meals at home, grocery shop fresh items at least three times a week, I find low carb is the sanest way to stay slim. I’m happy to say bye to bread (90% of the time) if it means I can have olive oil, a bit of butter, and the occasional cheese in my life. In fact, once I’ve eliminated most carbs from my menu, I don’t miss it.

While I’m no stranger to the low carb lifestyle, this year was the first time I took on the 4-hour body diet, i.e., the slow carb lifestyle Tim Ferriss discusses in his book, The Four-Hour Body. I’ve owned this book since 2011. I did make a tiny attempt to follow it in 2013 (during the year of WEIGHT), but quickly dismissed it due to the lack of dairy involved, which I’d told myself is a necessary evil if I’m giving up potatoes, pasta, bread, and rice. This time I stuck with it (I’ve been doing it since August) and combined with thrice-weekly BBG  workouts, it’s changed my body utterly. No one sees the abs you’re working on when they’re buried under layers of dairy and bread, unfortunately. This unveils the work you’ve done, and PS? I spend 1.5 hours of high-intensity interval training per week and make sure to walk 12,000 steps per day, every day. That’s it. I used to spend about twice as much time working out weekly.

This diet came about in an odd way. The workout switch started in July, and on August, I had an 80-hour a week work schedule (the theme of the year, if not last summer) the flu, a breakup, and a badly timed houseguest all in the same week. I found myself not eating carbs or dairy, partially because of the flu but also because the nauseation of this breakup just made it all unappealing. Discovering you’re getting cheated on will make you reevaluate the way you operate with regard to food and fitness pretty quickly. Yes, this guy was a total sucker MC. I guess when I asked the universe for the Jewish Ben Affleck, I should have specified I’d like one pre-2015 Ben Affleck. Instead, I found myself dealing with Maljamin Affleck. Coupled with days of a raging fever, there seemed no better time to restart the 4-Hour Body Diet once I realized I’d unintentionally been on it for about two weeks. So I decided to reread the book and stick with it, with a few modifications. I marvel at how easy it’s been for me to lose about 15+ lbs (I don’t weigh myself so it’s unclear) while still indulging in 2 cheat meals a week.

A pic from this week. This is not what my abs looked like pre 4-hour Body.

Here are the official “rules” of the slow carb/4-hour Body Diet:

I make the following modifications:  I eat dairy, but about 50% of the time, and I try to keep it limited just to cheese, never milk or cream. I eat a small amount of fruit. The thing about fruit (and critics of this diet are very quick to dismiss it because of this rule) is not that it’s “bad” for you, but that it’ll slow your progress. Same with dairy. I find I need the sweetness of fruit to compensate for the lack of sugar (even though I don’t have much of a sweet tooth) at least a couple days a week. I also occasionally drink white wine, Champagne, vodka, tequila, or mezcal instead of red wine, though I do opt for red wine most of the time. I’m not a huge drinker however, and since on your cheat day you’re allowed to drink whatever you’d like, the net-net is probably the same as a more regular drinker would opt to drink on his or her cheat day spread out throughout the week. I’d say I have 2-3 non-red wine drinks a week. I also only drink 2-3 days a week period. Last, I find it easier to separate my cheat day into two meals eaten over the course of the weekend, depending on my plans. Sometimes I’ll do a Friday night cheat meal and a Sunday brunch. Sometimes it’s Saturday night and Sunday night dinner. Sometimes there’s a work dinner at an incredible restaurant I want to try on a Wednesday. I also allow myself one dessert item (for me it’s usually a chocolate chip cookie) per week. For me, knowing that I can eat a plate of gnocchi with zero negative results on my overall physique once or twice a week makes all the difference. I make sure my cheat meals include bread, fries, or pasta at both meals because I’m looking forward to that shit all week. I skip rice because for me, it’s not worth it.

The rest of the week typically goes like this:

Breakfast: Lox, cottage cheese (I like Good Culture’s or Breakstone’s), an egg-white omelet with vegetables, hard-boiled eggs, or scrambled eggs. Sometimes a mixture of those things, sometimes they’re separate.

Lunch: Some sort of soup and/or salad. I like the Trader Joe’s Southwest Salad without the tortillas (but still with the small amount of cheese). The tomato feta soup is great, too. Sometimes I make a chicken vegetable soup or eat a lentil soup I get from Fresh Direct. I’ll occasionally add sliced turkey or chicken to the salad, as well.

Dinner: Whatever kind of chicken/fish/seafood/occasionally beef looks appetizing and vegetables. Spaghetti squash with turkey meatballs is a go-to. Sometimes I make tilapia and cauliflower rice, sometimes I make another salad. If I’m eating out, it’s usually pretty easy to find something I can get with extra vegetables on the side. A burger sans bun and veggies is good. You’ll always have to explain to your dining companions that you’re on the Ferriss wheel, but isn’t fitting into your pants worth that? It is. As with most diets, some friends and acquaintances will have something unresearched and unfounded to share about why you should stop. But if it’s effective and you’re healthy about it and getting your nutrients, why would you? The most annoying part of the diet (and any diet, really) is other people’s input on your eating habits and how “it’s so bad for you” and “just do what [they] do.”

Have you tried the 4-Hour Body Diet? Tell me about your experience in the comments.