Fictionary is a column showcasing dating- and beauty-related words that don’t exist, but should. 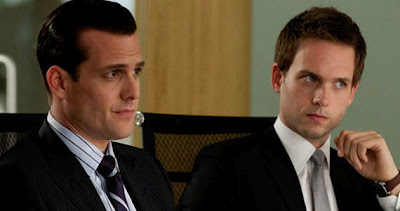 I remember my first Power Of Attorney experience.

I had moved to Manhattan only a few months prior. After a disaster of an agency gig (my first job) where I worked longer hours than I’d ever worked on WALL STREET, I quit without another job in a post-9/11 economy, which left me temping for… a year. One of my best gigs was working as a receptionist at a top law firm. It actually remains my favorite office job to date. I was paid (not a lot, but STILL) to answer phones, direct people to the bathroom, make PA announcements (which my friend Jenn and I would do in different hilarious accents), put on lip gloss and catch up on ALL my magazine reading. I LOVED working there.

Also, because I was front and center and 22, I picked up many a sexy young lawyer, one of whom I dated for months. He won me over with his shy nerdiness, wrapped in a handsome facade that he didn’t seem to realize was there. Seem being the operative word, of course. When I found out he was freely sleeping with the free world six months into what I’d assumed was an exclusive relationship (at least from a sleeping together standpoint–maybe because it was going on for SIX MONTHS), I realized he knew exactly how patently good looking and charming he was. So much so that he was literally and figuratively charming the pants off all the ladies in the Hamptons that summer–and I found out about it from a mutual friend. That’s Power of Attorney, friends. You think you’re the only one who’s onto this gem in the rough–the smart, nerdy guy who’s actually cute but is totally low key about it. But then you find out that ACTUALLY, he’s boning the whole island.

Of course, it’s not just attorneys who can do this. Accountants, actuaries, analysts, scientists–anyone without a conventionally sexy job (high powered finance execs and ad, marketing and sales guys are the ones you’d expect this behavior from) can harbor POA. But I find lawyers do it more often than anyone else.
Have you experienced Power Of Attorney?