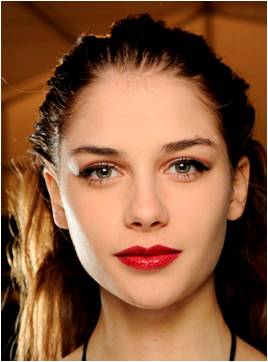 Carmen Marc Valvo‘s beauty concept was based on a mix of baroque and punk elements. Here’s how to get to the look.
Makeup 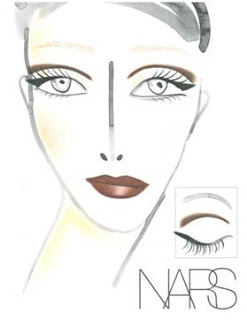 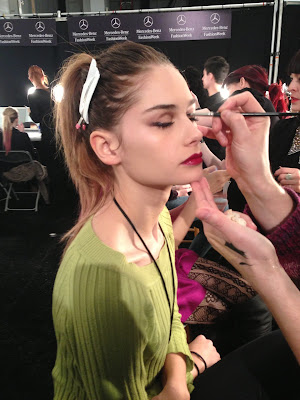 Devin Toth for Ted Gibson created this season’s hair look. Said Devin, “The pop of punk mirrors the pops of color in the mostly black clothing.” I loved that the hairstyle yielded a headband effect without the headband. The team used Tame It Shine Lotion and Fix It Gel, raked the hair back into a high ponytail and made it really, really tight with a bungee and let it set and blow dried it in the ponytail. “While it was in a ponytail, we put the pink hair chalk in at the bottom,” Devin explained. “While it was setting, we took the elastic out and it left an indentation that goes from behind one ear to the other ear. Then we secured everything with Beautiful Hold Hairspray, which serves to keep the color as well. The gradient color can come out really easily.”