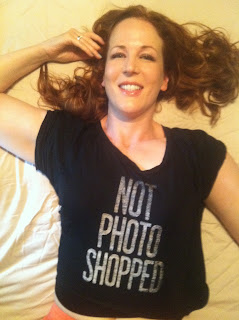 Anne Fritz‘s ravishing red hair frequently has me questioning my commitment to #TeamBlonde. Her travel advice is golden. And she’s always down for a cocktail or a lady of leisure tea at The Plaza. She and her bestie Hope Schmid write The Jet Set Girls, a site focused on girl getaways. Here, she shares some Rules For Life on topics ranging from travel (of course) to boys. In Anne’s words:

1. Never pack more than 3 pairs of shoes, including the ones you have on your feet. Shoes are the heaviest and most awkward thing to pack, so limit yourself to your favorite pairs. For the typical girls’ weekend, I would wear a pair of shoes I can walk in (flat sandals, cowboy boots) on the plane and pack two pairs of heels. You don’t want to wear the same pair of heels two nights in a row, because your feet will hurt in the exact same places on the second night. No sneakers, you ask? I almost never workout in the hotel gym. If I’m motivated, I’ll do a couple of sun salutations or squats in my room, no sneakers required.

2. When you’re in a hurry to get out the door looking smashing, reach for a bold lipstick.
It’s way easier to swipe it on than to create the perfect smokey eye when you’re already running late. A few of my go to colors are Burberry No. 205 (red), Clinique’s Runway Coral, Dior Addict Extreme 476 (hot pink) and CoverGirl LipPerfection in Euphoria (fuchsia). Sweep on some mascara and you’re GTG.

Read my own Five Rules for Life

3. Always carry a reusable bag.
The entire state of Hawaii and a handful of countries including Ireland and China(!) have banned plastic bags, so why are you still letting the guy at the bodega give you one? Want to know whey they’re so bad? If the fact that China of all places banned them isn’t enough, Google “Pacific Garbage Patch” to see why. If you’re ready for the next step, invest in a Vapur water bottle. Unlike a metal canteen, these are light and easy to carry around with you all day. I even snuck one in to the Yankees game.

4. Boys are dumb.
No, I’m not calling the late, great Steve Jobs or Warren Buffet stupid (though the Oracle of Omaha had an open marriage according to his biographer), but guys just think in a different way than we do that is generally not as logical. Once I stopped expecting guys to act the same way as my girlfriends did or even to make sense all the time, my relationships with the opposite sex started getting a lot easier.

5. Always be nice to your service people.
You should, of course, always be nice to most people, but you should go out of your way to be friendly with your receptionist, mail person, super, doorman, dry cleaner, etc. Because, mark my words, you will need a favor for them at some point down the line and they’re a lot more likely to do it if you have bothered to learn their name.

Thanks, Anne! Stay tuned for more Five Rules For Life.