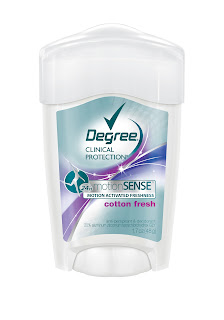 I worked in the financial industry for seven years before transitioning to beauty at an online magazine and then finally as a freelance writer. In 2007, I was working (unhappily–I was initially hired to edit their internal newsletter, only to have my entire job function switch after just a month at the company) at a firm directly affected by the subprime mortgage crisis. There were layoffs within the next couple months and I was lucky to survive them, but instead I inherited another full-time job since they’d let go of so much staff. As I wrote my blog in addition (a part-time job in and of itself, on nights, weekends and most of my vacation time spent on industry events and Fashion Week) I tried to get myself another gig where I wouldn’t have to put in such long hours and would have time for my beauty writing. I was lucky enough to land a new gig–and then one month in, the same thing happened. I was spared a lay-off, but the environment was incredibly stressful. And no one knew when the next round of layoffs would occur. We were on tenterhooks.

I was recruited after a year of working at the second financial company by the editor in chief of an online beauty magazine to be their senior beauty editor. I thought it was my dream job! They had massive budgets for events and their blog community, of which mine was a part. I took the job and adored it for–you guessed it–one month. It turns out the CFO was spending way more money than the start-up company was making. She was let go, along with 60% of the staff. Again, I was glad to be spared–but I was now the senior beauty editor, social media manager and the blog community manager. I worked longer hours there than I ever did on Wall Street and every single weekend. My freelance writing for other sites was put on hold entirely and my own blog suffered as I rarely had time to update it.
Finally, after putting in a year, I made an Unapologetically Strong move–I went freelance full-time. I was not about to risk yet another bait-and-switch office experience. I do a combination of freelance financial writing for one of my former full-time gigs, beauty writing for a few sites and magazines and pop culture writing for one of MTV’s blogs. Almost 3 years later, I’m making far more than I ever did slaving away in an office and I can work from anywhere–and I do! An unfortunate series of events propelled me to create my own job and I’m much happier.

I believe it’s important to recognize when it’s important to take risks–even when things seem incredibly difficult. It’s vital to push your own boundaries. I was terrified to quit my job and do my own thing with no established bi-weekly paycheck and medical benefits. I spent years of my career writing about fiscal risk and how best to manage it! But I did, and now I’m paid for the work I do. More work? More cash. And I’ve far exceeded my former salaries doing it because I’m motivated by the work that I do and the assignments that I get–and I never have to fill out another self-evaluation again. Take on that goal you’ve been harboring. Now’s the time!

Initially though? Breaking free from these chains (in the sage words of Wilson Phillips) of corporate culture was a move that required a STRONG deodorant like Degree’s Clinical Protection Motionsense. Because it was a nerve-wracking transition at first and this stuff (specifically the Cotton Fresh scent) is the ONLY deo I trust for my sweatiest Flywheel one-hour seshes. Not only am I psychologically comforted by words like “clinical” and “motion activated freshness,” but nothing keeps my pits Sahara dry while I’m schvitzing like a mad woman like this stuff. The Degree Clinical Protection Motionsense Deodorant retails for $8 at drugstore.com.

And if you want more inspiration, check out this video of ESPN sportscaster Erin Andrews sharing her personal journey and her own Unapologetically Strong tale.


Join Degree and take risks and celebrate your strength! Enter the contest by sharing your own Unapologetically Strong story here and participate in my Twitter chat today (I’m @Glambr) at noon Eastern Time by using the hashtag #DegreeStrong. See you then!

Disclosure: This post is sponsored by Degree, but all opinions herein are my own. Product sample provided.