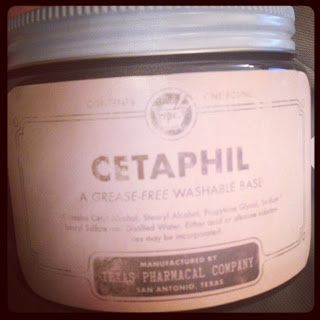 Did you know that Cetaphil uses the same original formula developed in 1947? Check out the brand’s original packaging, above. Some fun facts from 1947:

After 65 years, women the world over are still using the cleansing cream, known not to irritate skin conditions. Today the line has expanded to body, as well. Check out their RestoraDerm Skin Restoring Body Wash and Lotion, both are comforting to February-ravaged skin and won’t exacerbate skin issues like eczema.