Today’s Fictionary entry is actually a guest submission from the genius Mario Dedivanovic, makeup artist to the likes of the to-be-betrothed Kim Kardashian. And P to the S. this is his SECOND Fictionary entry–he also coined “new-d.” He used the term “Glam Chop Lashes” in a recent interview with me for a mascara piece I’m writing for another site and I DIED. It’s perfect. I used to be psyched to have the flu in elementary school (and maybeeeee even middle school) because it meant I could stay home and watch Lamb Chop’s Play Along. I don’t think I’m alone when I tell you that I LOVED THAT SHIT. And who, other than maybe Snuffaluffagus had more lush lashes? No one, that’s WHO. Read on for the mascara Mario can’t live without… 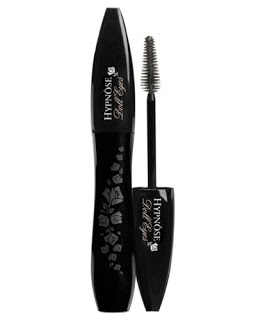 So Mario’s tip for Glam Chop Lashes is to use a voluminous mascara with a wand that is thick on the base and tapers to a point. Says Mario, “The thick part I use for the upper lashes and the pointed part is great for the lower lashes. I sweep a few of the lower lashes at a time from left to right to really coat them nicely.” Mario then separates them with the comb but from underneath the lash (the comb facing up towards the root of the lash).

Mario’s lash lengthener du jour? Lancomes new Hypnose Doll Eyes Mascara, “as it doesn’t clump as much as others do and the brush tapers to a very thin point.

And your lashes? They will never end. They will go on and on, my friend.