Color is so important to me.

My decision to leave Boston after four years of study there was based on two reasons. 1. I HAD to be in New York because I thought I was supposed to be the beauty editor for Jane. (That obviously didn’t work out as planned, but I’m cool with choosing my own destiny, in the sage words of Britney Spears in her “Radiance” commercial) But 2. was I just couldn’t live in a place where it felt as if I were SCREAMING if I wore a bright color–or really, any hue other than BEIGE. I truly believe that part of being un-boring has to do with the colors with which you surround yourself, and to that end, when Lancome asked me to partner with them on their House of Color series and create a film as an ode to PURPLE, I said, “Obv.” Purple is so flipping FIERCE. The film is part of a series of 20 flicks created by Style Coalition bloggers and are released every day here. 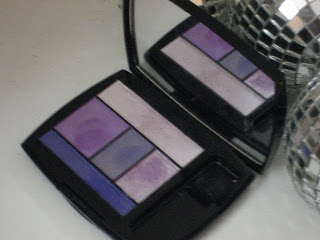 Pop cultural capital is the currency of this blog. Animals communicate via pictures. I do it via music quotes, movie references, television show gems and book plot easter eggs. For me, loving a product is great–but it gets written up in BBJ if there’s a connection for me from a pop culture standpoint. And while that’s hard to explain to publicists, it distinguishes this site from a SEA of beauty blogs popping up daily like counterfeit Pinkberrys.

So why do I love purple? It garners so much pop cultural capital, it could apply for a pop culture MORTGAGE.  Walk with me, talk with me about what purple means to me. First, check out my video on all things purple, created with Lancome, after the jump.

Prince is famous for wearing the color nonstop and encouraging his fans to come dressed in the shade to his concerts. He also sang the song “Purple Rain” in the ‘80s, which became very popular and was even adapted into an eponymous movie. P.S. Prince and I BOTH celebrate our birthdays next Tuesday. 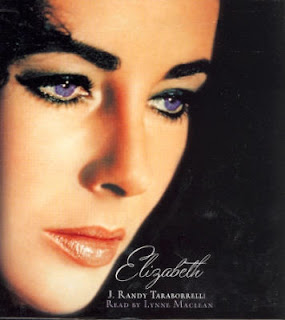 Elizabeth Taylor was famous for her alluring violet eyes rimmed with a double row of lashes naturally—a mutation for which she should write a thank-you letter to the genetic lottery.

In the “Star Trek” universe, Klingons have purple blood.

Jimi Hendrix’ arguably most influential song is “Purple Haze,” which includes the often misheard lyric of “Excuse me while I kiss this guy [kiss the sky].”

David Bowie as the Goblin King Jareth in the movie Labyrinth rocked purple throughout the flick and also, as David Bowie tends to do, wore full purple eye makeup to match.

The “Your aura’s PURPLE” scene wouldn’t have had the comedic value if William Miller’s were chartreuse.

And lastly—I’m certain that it wasn’t the dance, nor his hairnet, nor his slightly perverted way of shining his ball that led to “The Big Lebowski”’s Jesus Quintana’s victorious bowling streak—it was his ridiculous slash AMAZING Crayola 8-Pack purple bowling uniform.

Buy the Lancome Color Design Eye Brightening All-in-one 5-Shadow Liner Palette at for $48. And while you’re at it, follow Lancome on Twitter, like them on Facebook and catch the rest of their videos (including more House of Color ones!) on Lancome’s YouTube channel.

Disclosure: Lancome compensated me for my time and work on this, but all opinions shared are my own.