YOU GUYS. This week, I’m boldly going where no beauty blogger has gone before: Mindy Hall, Makeup Department Head for Star Trek granted yours truly an interview!

You and I both know I bought tickets to the movie on Fandango last week for opening night (in case you’ve been living under a rock, that’s today, May 8). I’ll be catching the 11:30pm show at the Regal in Union Square. Though I won’t be beating the ultimate Star Trek fan, my brother Ethan, who already saw the movie yesterday, somehow. (He’s been to the conventions. He can speak some Klingon. He has his own triangular microphone thingy that actually makes the chirp-chirp noise, just like Captain Picard‘s.) He’s been waiting ALL week to hear what Mindy has to say. If it’s not too grandiose to dedicate a BLOG POST to someone, then it’s simply vital that I dedicate this one to him. Yay, Ethan.
Read on to find everything from how Mindy achieved the legendary Spock Brow (she even offered to shave off HER OWN brows in solidarity with the “Vulcans” whose brows she had to shave!), to what’s next for her.
Mindy Hall is a Pisces, and a self-described “redhead spirit with a touch of viking.” “I’m a bit recalcitrant, but caring,” Mindy says. I like her vocabulary already. Mindy started finger painting and sculpting with clay at the age of five. Says Mindy, “my childhood cat will forever live on in red clay.”
Beauty Blogging Junkie: Are you a Star Trek fan?
Mindy Hall: I grew up watching the original series, but I didn’t consider
myself a fan. I have never seen any of the movies or the later series, Star Trek: The Next Generation.

BBJ: What was most exciting and most challenging about working on the movie?
MH: The most exciting part was being able to bring a fresh look to an iconic characters, refreshing the show. But that in and of itself is also challenging: refreshing and potentially mucking a bit with iconic characters.
BBJ: How did you perfect Spock’s eyebrows?
MH: Extras casting’s Mary Ellen gave me a great group of actors to use as models in order to perfect the angle, width, and technique of all the Vulcans. They so graciously gave me carte blanche until I found my “inner Vulcan.” You all know who you are and if you are reading this … much thanks!
We shaved off a lot of eyebrows, and for anyone who was concerned, I offered to shave my brows, too. No one took me up on it! Don’t ask someone to do something you would not
do yourself! [Ed. note: WOW. Mindy. That is commitment to your job. Color me impressed. If I could say that in Vulcan, I would.]
Once I had approval from JJ Abrams, we screen tested it on Mr. [Leonard] Nimoy. Spock’s brow design took me three hours. After that I turned it over to makeup artist Debra Coleman who applied a single hair at a time to achieve the design during filming.
BBJ: What was your first big break?
MH: All my jobs were, in some way or another. You never stop learning and jumping “out of the box.”
BBJ: What is your style/technique?
MH: Jackson Pollack meets Monet.
BBJ: What is your dream job?
MH: Working with brilliant, talented people. 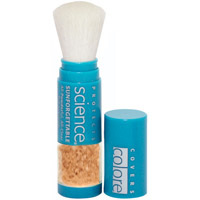 BBJ: What are your top three makeup tips?
MH: Check out my book with Gretchen Davis, The Makeup Artist Handbook. [Ed. note: I most certainly will!]
1) Blend it… give it life… and step away from the painting.
2) Do Not Give Up… until the exterior matches the interior performance.
3) Be fearless, so you can bring your “A-game.” Never be afraid to fail as this is where the learning takes place. Also, always protect the skin: sunblock,sunblock,sunblock. My favorite sunblock brands are Colorescience Sunforgettable SPF 30 Brush and Neutrogena Fresh Cooling Body Mist Sunblock.
BBJ: What’s next for you?
MH: New York City. HBO’s The Wonderful Maladies television pilot with Sarah Michelle Gellar. Also, Paramount’s Morning Glory, a feature film with Rachel McAdams,
Harrison Ford, and Diane Keaton.
BBJ: That sounds like something I’ll be seeing on opening day! Should keep you busy for a while, wouldn’t you say? What do you like to do when you’re not doing makeup?
MH: What happens during off time… I’ll never tell!
Saucy, Mindy! I like your style. 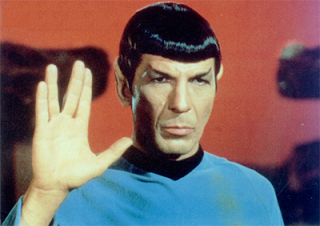 Thank you to Mindy for taking the time to answer my questions during what was no doubt a very busy week for her! I look forward to seeing her artistry tonight on the big screen.

If you saw the movie: what did you think? Tell me in the comments!