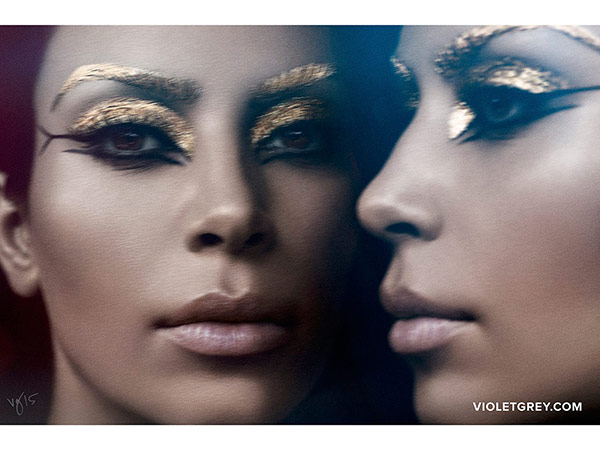 The Violet Files‘ latest cover story features Kim Kardashian as Elizabeth Taylor’s Cleopatra through the eyes makeup master Pat McGrath. Here’s something to think about: When Cleopatra was released in 1963, Elizabeth Taylor was arguably the most famous woman in the world. Fifty two years later, Kim Kardashian West is arguably the most famous woman in popular culture.

“Elizabeth Taylor’s makeup in Cleopatra has been reacted countless times, but for Kim I wanted to create a version that has never been done before, a futuristic 3D version. I wanted to portray a luxurious decadence by using elements of ornate facial jewelry constructed into shapes that pay homage to Egyptian culture, and of course to the rich exotic character that Taylor played in this role,” says Ms. McGrath.