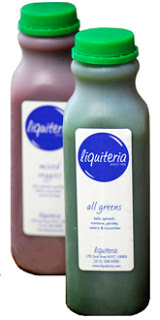 Though many people have luck with healthy food plans like Weight Watchers, that counting calories, points, etc. thing just doesn’t fly with me. I can’t keep track of things numerically; as I’ve mentioned I don’t speak number. But diets where you eliminate whole food groups (South Beach, Pritikin) or even… solid food entirely (juicing for a period of a couple days) work weirdly well for me.

When I studied in Paris the summer before my senior year of college, I was in this intense French language program (a concentrated 8-hour a day deal I had to take, as I’d switched into this my junior year). While the other Americans in my program through Temple University (in-state tuition for moi!) were learning conversational pillars of the language, I was talking about symbolism in Camus’ selected works with a group of students from all over the world–no native English speakers save for one Irish girl. I became chummy with a Hungarian gal who told me (en Francais) all about how she does juice cleanses once a week to maintain her svelte figure. Years later, when the cleanse phase became all the rage, I became better about instituting a one-day juice fast on a bi-weekly basis (weekly’s too much).  In prep for New Years Eve sparkly dresses and my impending holiday nosh madness, mama’s got to kick it up a notch and for that reason, I’m embarking on a 3-day cleanse.

That’s why this week’s Meaningful Beauty Meaningful Activity is all about juice. Liquiteria’s blends are well priced and you can even customize your very own cleanse of fresh, delicious juices. I recommend The Grasshopper, Beets Me and The Killer. Cleanses are awesome for kicking off a new eating routine. Did you know it takes 90 days of doing something for it to become a habit? 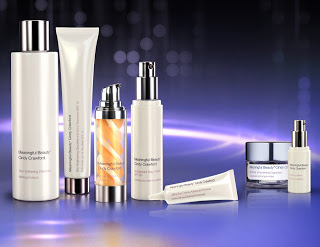 And speaking of embarking on good habits, I hope you’re not letting late nights of holiday partying stop you from your skin care routine at the end of the night. I find that I’m more likely to “take it all off” at the end of the night if I keep my skin care products right out on the counter when I know I’m going to be boozing. If you’re looking at your cleanser and night cream while brushing your teeth, you’re far more likely to go the distance and take off your “face” so you don’t wake up in your makeup like famed philosopher Courtney Love once sang about in one of her most popular musical stylings. Score the Meaningful Beauty set for $40 at meaningfulbeauty.com.

Disclosure: This post was sponsored by Meaningful Beauty, but all opinions herein are my own.