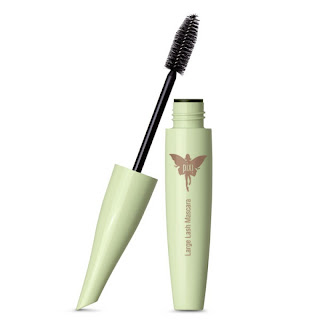 Pixi has one of my favorite products (Lid&Line, one of the best liner/shadow duos!) so I jumped at the chance to try their Large Lash Mascara. To start, the brush is small and fluffy which provides a soft application. I had to work quite hard with the first coat to get the product to stick to my lashes. Once there was adherence, there wasn’t much control over how the clumps were distributed; the brush is just too soft. With a bit of work, I was left with soft spiky lashes.

After a second coat, there truly wasn’t much difference. I couldn’t get the second coat to stick or create more length or volume. There was a little lift and a little volume at the roots, but my lashes still looked soft and sprite-like. I had the same result with my midday touch-up; same spikes, same pigment, same volume. I thought the outcome was cutesy, but there wasn’t any major impact on my look. At the end of the eve, I had to use makeup remover to dissolve the slightly stiff formula. I wouldn’t say you should run out and buy this baby.–Ashleigh Ciucci