Yes, I know this will surprise exactly no one, but Steve Ward is TOUGH, ladies. That’s no veneer he’s putting on for television show Tough Love Miami. The man is simultaneously dapper and harsh as hell. Even more jarring for me, he delivers this caustic-though-helpful counsel with the exact same accent as my DAD’S (Steve is a fellow Philadelphian), which makes it an even tougher pill to swallow. A friend of mine who shall remain nameless pronounced him “worthy of having his portrait on a box of Summer’s Eve” upon making his acquaintance. BUT I can’t agree. Earlier in the year at an event at which he presented on behalf of Pantene he told me he liked my hair. And you know that to me, there is no higher compliment. 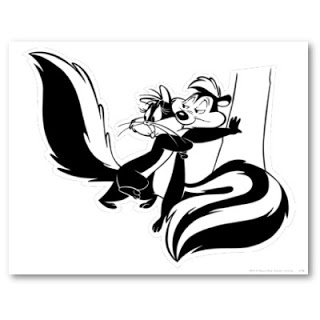 So while he drops the truth like little effed-up bombs sometimes that inspire my WTF face, I still adore him the way Pepe Le Pew did that cat who was unwittingly painted with a white stripe. So when I had the chance to attend a little meet-and-greet sesh with him at VH1 headquarters a few weeks ago to celebrate the season three premiere of the show, OBV I went. I sat down with him to ask all my burning dating questions. Here, Steve shared two vital things you NEED to be doing if you ever plan to make anything Facebook Official in this town. They’re not too intuitive, dolls. Read on for the full interview.

Amber Katz: Steve. Do you even know what we’re dealing with here in New York? Every guy is a kid in a candy store with a $5 bill. Can you tell us how to navigate this?

Steve Ward: Men in New York are like bullfrogs on lily pads, just hopping from one to the next. You gotta sink that frog. It’s like sailing. When you’re sailing you’re out there in your little boat. You have the mast. You feel the wind blowing. You have somewhere to go, somewhere to be. You want to be in a relationship. Throw up your sail, go where the wind blows.

AK: So where does the wind blow, Steve?

AK: That’s what I thought it meant. Well then what DOES it mean?


SW: This is the worst interview ever. You’re not even letting me answer you. [It’s true, I’d interrupted him like five times prior and I even quite Freudianly mistyped the title as Q&Q–ha!] It’s simply meeting someone digitally before you meet them in real life. Guys are creeping on Facebook. They want to see a girl’s friends list. They see a hot little thumbnail, they want to click on it. So what can you do? Two very important things.

1. Make sure you have the best digital reputation you can. Only display great photos of yourself, remove all those shitty photos from college, getting drunk with your girlfriends. Make a list of all those friends who are in those pics with you and let them be the only ones who can view it.

2. Do not mention other guys. Ever.

SW: You may not think you’re doing it, but even something as seemingly innocuous as saying “I don’t let guys up to my apartment” after you’ve gone one a good first date with a guy you like counts.

AK: WHAT? THAT is “talking about other guys?” That’s so general. I can’t even. Okay, so what DO you do when you’ve gone a good date and the dude wants to come up?

SW: Don’t let him up, but you have to make him feel special regardless. Say, Believe me, I’d love to. When I go up into my apartment, I’m going to put on a hot bath and think about you being in my apartment, but I can’t. I’m afraid that I’ll probably sleep with you and I don’t want to do that because I like you.

AK: You think I should SAY this? Like, say this.

SW: Go right ahead! Even if you don’t even mean it. Because he’s going to feel special. He’s going home alone. You’re still not sleeping with him. But he knows you’re not rejecting him. He doesn’t think that he’s not special enough.

AK: What if he thinks we’re doing it on the second date, etc.?

SW: Say the same thing again! Eventually, he’ll be like, wait a minute, I’m a little curious. I’ve taken you out three times. You keep telling me you really like me. Are we gonna progress this or what? And you say, whatever you want to say. You could say, I understand where you’re coming from. I’m not ready yet. If you don’t feel like waiting, I undertand it. Then you resign it, you let them go.

AK: …I just feel weird talking about that so openly on day one.

SW: There you go. It’s been 20 years since they decided let’s just TALK about this. Just tell him, I’d love to hop on the good foot and do the bad thing. But honestly I’d rather wait until we have a strong enough connection. If we have really great sex, we’re going to like each other enough to turn it into something.

AK: Steve. Guys in New York don’t want to hear that you want to turn ANYTHING into ANYTHING.

SW: Who cares what they want to hear? You let a guy know he’s making a mistake and you let him make it anyway, he’ll be back. Trust me, they all come back. Be like, I’m not ready to jump into bed with you, believe me I think about it. If you don’t respect that, I understand. Do what you gotta do. Don’t worry about it, I won’t blame you for it. The guy will be like, she’s pretty fucking cool. I’d have thought she’d be a lot bitchier about it. The day will go bye, 3 days later, he’ll drop you a line and say I’ve been thinking about what you said and I’d still like to see you and now you’re in complete control.

There you have it, girls. Did you learn something new? That not talking about other dudes thing extending into the minutia of just saying the word “guys” kind of blew my mind, I’m not gonna lie. I’m planning to take Steve’s advice. Let me know if you do, and how it works out.

I leave you with the selected musical stylings of Salt ‘n Pepa. Spinderella cut it up one time.