If you told me 3 years ago that I’d ever be a) working out in my apartment and b) said workout would be called “Bikini Body Guide” I’d never have believed you. Three years ago, I was bleeding money on boutique fitness classes, which I loved. I had a Core Fusion membership and I frequently shelled out $30+ a class for Flywheel and the odd yoga session. Then, media, blogging, and pretty much everything in the industry changed and I had to prioritize my disposable income, which was then allocated to exorbitant health care monthly premiums and standard-issue New York City living expenses. As of 2016, gone were the days of cable, dinners out more than a few times a month, vacations, Uber rides, and certainly what I was spending on fitness.

First I took up running, which was great, because it’s free and you can do it anywhere, and last July, I decided to try Kayla Itsines’ famed regimen I’d seen all over Instagram. While running was fun, it wasn’t great for my knees and in NYC, I’m limited to running outside only when the weather is above 20 degrees and below 85. It’s a large range, but if it rains or is the entire month of January, February, or August, I was relegated to finding some work around. 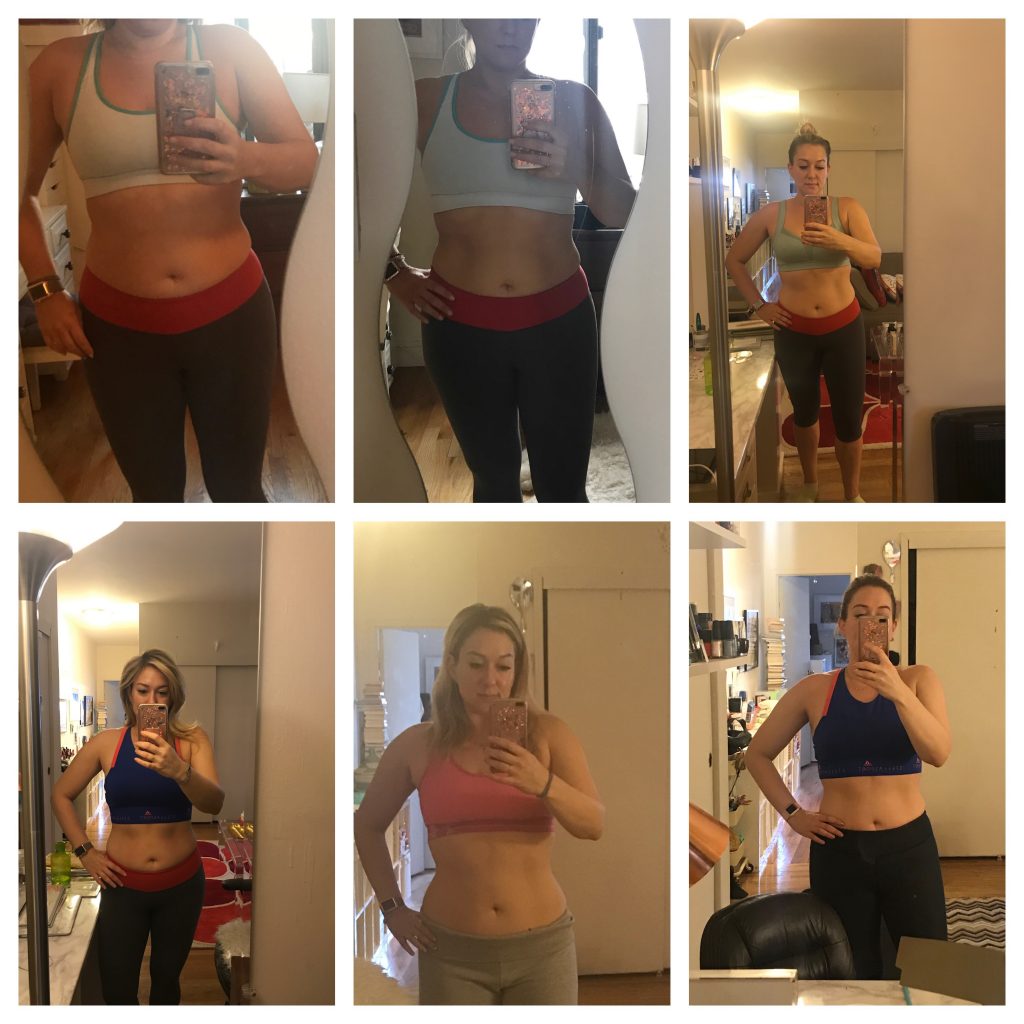 BBG has changed my LIFE. Like running, you can do it anywhere (I did it in my hotel room in Tel Aviv when I carved out a speck of time during Shabbat one morning — shh). Also like running, a 30-minute workout is totally effective. The best part? You only do the 28-minute workouts three times a week. Monday is devoted to legs, Wednesday is arms, and Friday is abs. The other days of the week (you get one day off to rest), I power walk, do dance cardio or run for 30-45 minutes. Between my diet hack (which I’ll share in a future post), BBG, and upping my daily 10K steps to 12K steps, I’ve managed to shed 2 sizes and have uncovered abs I haven’t had since the late ’90s.

I’ve had friends report that they experienced knee issues, but I haven’t and that’s because I modify the workouts to include more jump rope intervals and I switch up a few of the exercises to suit my space and my accessories. Bosu burpees become standard burpees; commandos occasionally become planks. I’d rather make something slightly less challenging (it’s still hard AF, the first week I was sore for a full week) and stick with it than attempt to defy gravity daily and then abandon the workout.

Yes, the name needs work. Everyone has a bikini body if they want to don a bikini. But I’ve never worked out LESS and yielded such demonstrable results. The first month, despite skipping a week due to the flu, I saw a massive shift. It works if you simply do it and eat healthfully.

Have you tried BBG? Tell me your experience in the comments!