This week’s installment of Fictitious Fragrance Fan is the deeply tropical Honolulu native Cassandra Wong, played by Tia Carrera who was beyond foxy in her role as Wayne’s object of his affection. She’s always had a very Miko quality. Remember Barbie’s ethnic friend Miko who originated somewhere from the South Pacific? To me, Cassandra radiates tropical appeal (minus the natural disaster side effects) of such lush beach locales as those from whence she came. Though in the movie, she’s of Chinese heritage. IRL, she’s from the shores of Hawaii. For that reason, Cassandra’s fictional fragrance is none other than Malie Organics Pikake. My favorite iteration of it is the Beauty Oil. 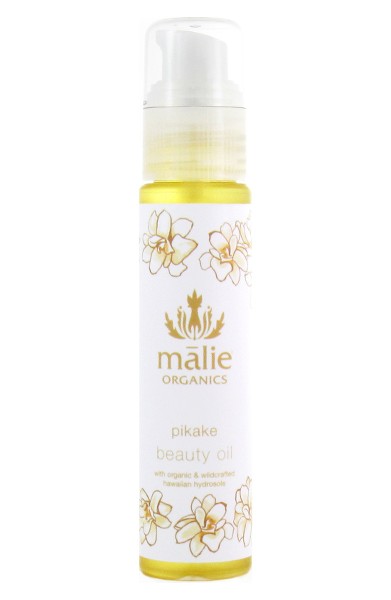 Smelling divinely of fresh jasmine, this oil is just as great for body as it is for hair and you can simply spray it with wild abandon. It’s going to do for body oils what Wayne and Garth did for Bohemian Rhapsody.

There are no trips to Hawaii in my immediate future, alas. So I’m spraying on my Malie and living in the now, as Garth says. Are you mental? Get the net.  Rock it and feel like if you were a president, you’d be Baberham Lincoln.

Welcome to a R18 series, Fictitious Fragrance Fans. Fragrance is one of the most difficult areas of beauty to discuss and I find myself trying to convey a scent to you, more often than not, by the pop culture character it embodies to me. So why not make it a thing?