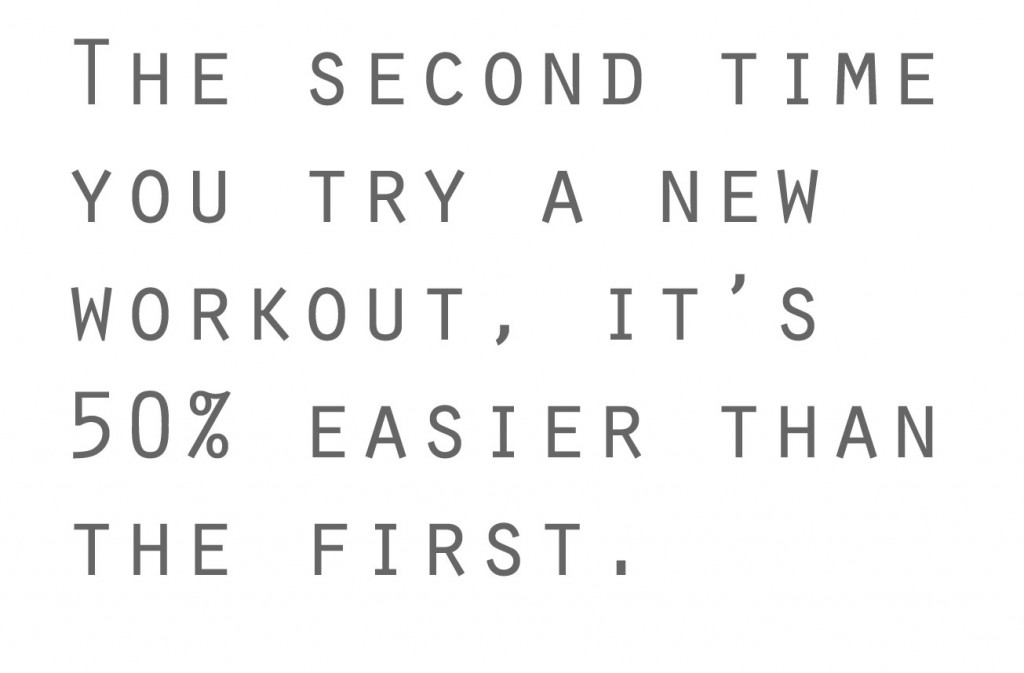 When it comes to fitness, I have to paraphrase the ever prophetic Step By Step theme song. After a grueling, but effective workout you try for the first time, you wonder, will there ever be a second time around?

In my very scientific fitness class testing experience, I have to tell you YES. Try that diabolical class once more. I’ve found that the first go-round with a new teacher/studio/class can be daunting because you don’t know what’s coming next. Every single thing you’re told to do sounds plum ridiculous. But once you know what to expect and can anticipate the next exercise, it’s infinitely more palatable.

Case in point? Last week, Felicia and I gave Core Fusion Extreme another shot and simply knowing that there would be two revolutions of interval training followed by ab work, coupled with the fact that I knew I’d been through it once and lived to tell the tale made all the difference. Even though this class took place at the ripe hour of 7:15am.

And now, I want to hear from you. Do you think your second shot at a really tough workout class is much easier than the first? Tell me in the comments.