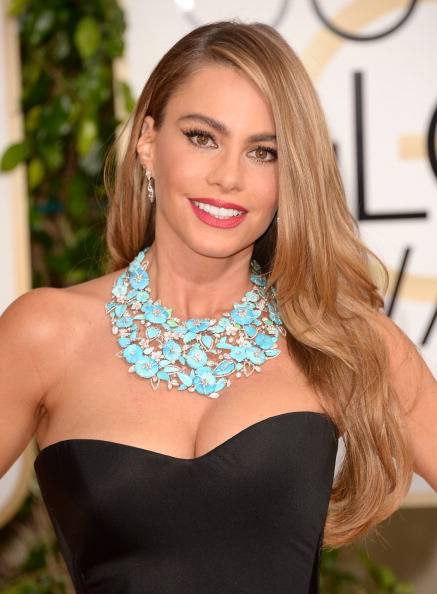 One of my favorite looks of the night was Sofia Vergara’s stunning flowing locks, bombshell makeup and her show-stealing neck candy. According to Celebrity Hairstylist Harry Josh, her look was all about the return of classically simple yet chic hair. “Waves have ruled the red carpet for so long. We wanted to keep Sofia looking modern and fresh and a chic, luxurious blowout lent her that,” says Josh.

To get the look, Josh created a diagonal part and blowdried her hair section by section with a two inch round brush and his Harry Josh Pro Tools Pro Dryer 2000 ($300 at Hairenvy.com). Those were the only tools he needed to make this high impact red carpet look. By using the built in ion technology of the dryer, Josh was able to achieve a super satiny finish. “Sometimes less is more in a sea of overly intricate hairstyles. Simple and chic can steal the show.”

What do you think of Sofia Vergara’s look at the Golden Globes 2014?