Phillip Picardi (@pfpicardi on Instagram) is Digital Editorial Director at Teen Vogue and I came to realize I needed him in MY lifestyle very swiftly. First of all, he KNOWS from beauty, friends. He told Shape‘s Amber Kallor and me all about his eyebrow odyssey once in a cab from a MAC Cosmetics event and let me tell you–we were RAPT. Also, I’ve been wanting him to start at the beginning and end at the end re: those brows since I first viewed them. They are The Business and The Truth, are they not? 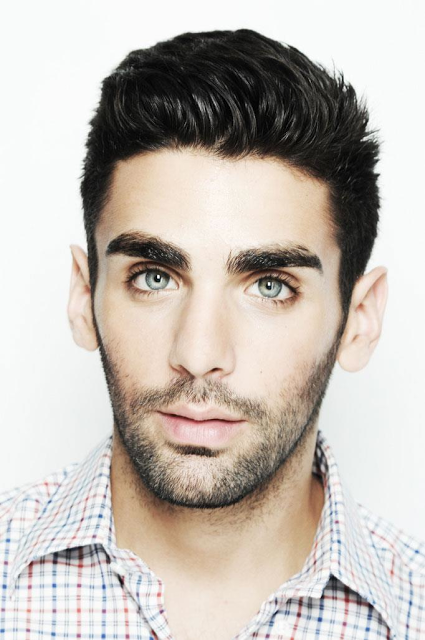 When I’m photographed with Phil, I’ve had female photographers give me major stinkeye/attitude in the form of crazypants jealousy because they’re not yet aware that this Baldwin is same-sex oriented, in the select words of Cher Horowitz. But can you blame them? I knew I j’adored Phil when he tweeted me after taking my advice to try Erno Laszlo’s Morning Morning Beauty Rescue (it’s based on a blend created for Marilyn Monroe) that he was the prettiest girl in the office that A.M. He’s swiftly taking the beauty world by storm and has worked for such prestigious places as Teen Vogue and Frédéric Malle  This smartypants even created his own beauty major at NYU’s Gallatin School Of Individualized Study, which, if I had a time machine, TOTALLY WOULD HAVE DONE. I hit him up for his Five Rules for Life. Of course, he can’t be constrained by ascending numbers like the masses, so he did it the opposite way. Check it, in Phil’s words.
5. Nobody loves you like your mother. It fascinates me that not only does my mom know me the best, but she also loves me the most. I didn’t realize that was even possible (probably because I’m not a mother). When I was young, she gave me anything I ever wanted, from Trish McEvoy concealer to a Posh Spice Barbie doll.  She is the woman who taught me that being happy means to be yourself, and I am forever indebted to her for that. Plus, she gave me a pretty decent set of eyes…
4. You better work. When I was in college, I worked six days a week every week—between part-time retail at Saks or Frédéric Malle, interning at various magazines, and an 18-credit course load every semester. Working that much and that hard taught me very quickly the consequences of staying out too late or drinking too much. That kind of commitment also gave me an edge over other kids my age, which is definitely important in this current jobs battle.
3. Defy expectations. I typically get looks from PRs,  other editors, first dates, etc. when I explain that I’m in beauty. Let’s face it—a male beauty writer? The mere thought of it! I won’t even go into how easily men are welcomed and embraced by the fashion community—as designers, editors, journalists, etc—and how… interesting of an experience it’s been to be the only (to my knowledge) male beauty editor at events and backstage during the shows. I’m grateful to work at a place that has been so welcoming and open-minded—to the point of nobody even batting an eyelash when I’m painting my nails or touching up my face before a lunch appointment. Having the support of my coworkers, readers, and brands means the world to me.
2. Your strangest feature is your best one. I used to hate my eyebrows so much. For about a year of my life, I took a razor to them and shaved them down to a teeny little swoosh. It was pretty bad—so much so that Eva Chen had me write about it when I was interning for her at TeenVogue.com. Thanks to the help of a very persistent aesthetician (when I was working the front desk at a hair salon) I grew my eyebrows out and now they are big, bold, and beautiful. I’ve read a lot of stories about beautiful women—Linda, Christy, Lindsey Wixson, Lara Stone—being insecure in their younger years about their “abnormalities”, only to realize it’s what set them apart later. And while I’m no Christy Turlington, I’ve certainly learned to love my eyebrows.

1. You have to laugh. Nothing is more annoying than a person who takes him or herself too seriously. If I’m ever in a bad mood, I generally peruse the web for GIFs and/or watch Bridesmaids.