This post is sponsored by Avon, but all opinons are my own. 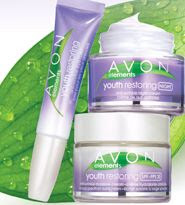 Yesterday was not the best. Some of its gems include:


I was at an event yesterday thrown by my friend Yuli (whose wedding I’m attending in Greece next week–YAY for that) and was talking about the festivities when her business partner came over and started asking me all about my impending nuptials… because somehow he’d misheard that we were talking about YULI’S wedding. Whom he works with every day. Did I mention that my birthday is next week? I’m not discussing how old I’ll be. I’m having a panic attack about it that’s closer to the Rain Man-not-getting-home-in-time-for-Wapner end of the scale than the WASPY Lucille Bluth method of dealing with it by numbing herself with several dirty martinis. More on that later.

I attended an event at the Kensie showroom (divine reasonably priced jewelry, BTW) and decided to talk to the Taro reader there for kicks who told me that not one but TWO of the cards indicated my pessimistic attitude toward dating.

After two events and a Flywheel class during which my hair tie broke and I had to MacGuyver it on my hair to hold any of it away from my face while in position 1, I came home gasping for air in the humid 90-degree heat and felt the need for a people cleanse. I got my mail… and in my inbox is an APPLICATION FOR AN AARP SUBSCRIPTION. And I was like, you know what? That’s it. I’m 32. Fuming, I sent @AARP a caustic tweet and they apologized.

It’s a full day later but I cannot stop slathering on Avon’s Youth Restoring trio, which includes a night cream, day cream and anti-wrinkle eye roller. Obviously. As if I could. Ever. In a world where we live as people. I’ve been rocking it for the past week (although once-hourly applications between last night and tonight have made my skin’s texture look positively Abigail Breslin-esque.) The two creams boast elegant textures (the day cream is formulated with SPF so you’ll stave off AARP for years and years to come) and sink in immediately. The products are infused with Amethyst Mineral Complex to impart a younger and healthier look by fading the appearance of fine lines. I love that it doesn’t freak out my sensitive skin but does yeoman’s hydration duty.

Each piece retails for $12 at shop.avon.com. Are you in the market to up your anti-aging game? ALSO HAS AARP WRONGLY SENT YOU MAIL? Share Horowitz in the comments. Go.